Bearizona – Williams, AZ Things to Do With Kids

Bearizona is a wildlife park in Williams, Arizona, which has a near-natural environment for the animals. As you drive through, the animals are often close to your car, just walking around, or eating. Sometimes they hide further away if they aren't feeling social. It is such a cool thing!

The person at the gate suggested we take the kids out of their car seats and hold them on our laps so they could see better. Even though the idea made my stomach turn in knots (do you know how into car seat safety I am?), we decided to give it a go, since there is literally NO traffic (everyone is going the same direction, no turns, etc) and we were going about 5 miles per hour.

We pointed out the animals to the kids and watched them interact with each other for a while before driving slowly to the next enclosure. Each section is separated by wide-spaced grates, so that the animals can't go from area to area and eat each other. My guess is that would be bad for business. 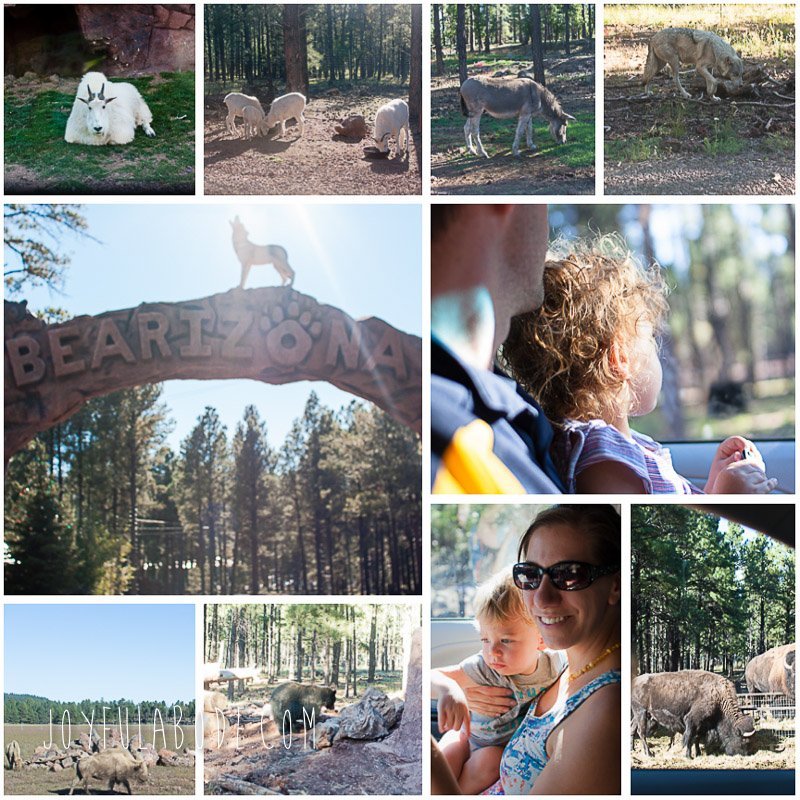 After the driving part, we got out to walk around the more-zoo-like walk-through area with smaller animals. Peacocks roamed freely, while other animals had their own habitats. Trendy chalkbaord signs instructed us to look up into the trees for some animals who like to climb. The raccoons sleeping in the branches were the cutest!

We didn't get to go to the Barnyard area, which is a petting zoo, because the Girl One wasn't interested at all, and got very upset when we started to enter that section of the park. She was, however, thrilled to visit the rest, and ran ahead, jumping and shouting, “Hooray! We're at Bearizona!” 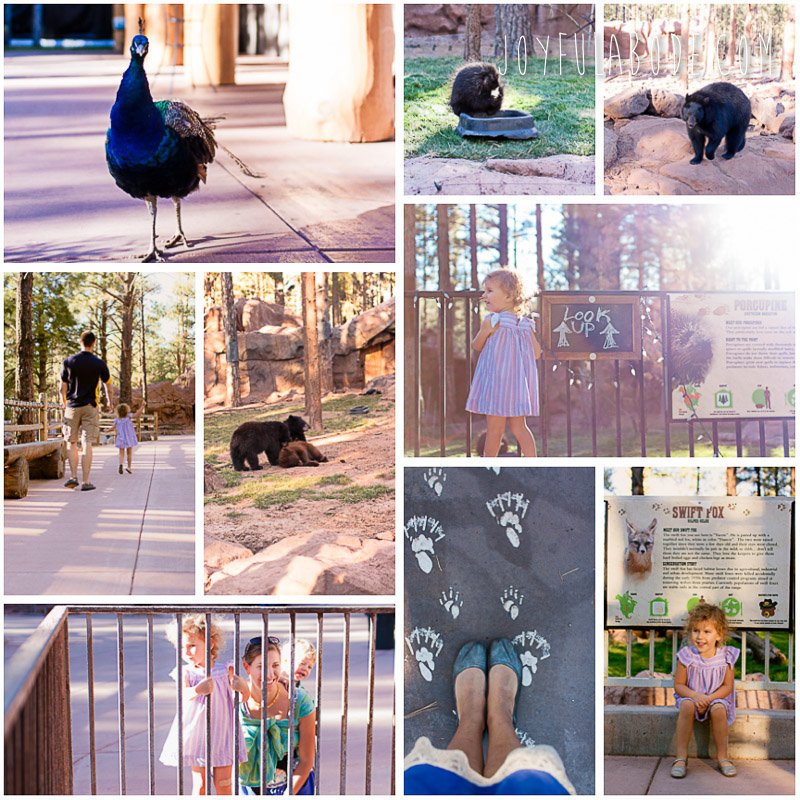 I think it's safe to say we all really enjoyed Bearizona! If we lived closer, we would definitely be visiting often. We saw a lot of regulars there, who knew the animals' different personalities. One woman told me to watch the beaver, because when he got his food from the bowl, he always dove into the water to get the food wet before hopping out again and eating it. 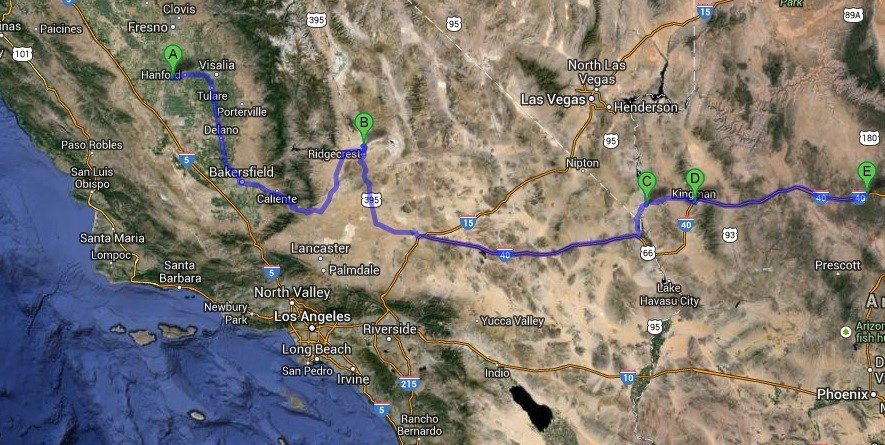