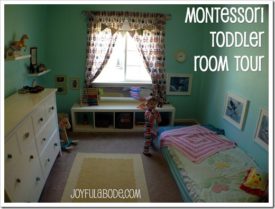 I’ve had the Montessori baby room tour linked in the sidebar of the blog for…forever. But we haven’t even been living in that house for the last year and a half! And lots of things have changed with Anneliese’s room. Plus, she’s a toddler now, not a tiny baby. This weekend, my husband and his 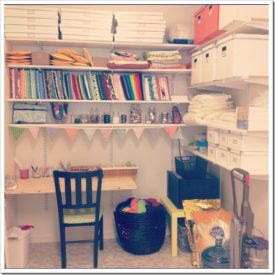 The houses here on base NAS Lemoore have so much storage space. I love it! I decided to turn the empty half of the laundry room into a craft area a while back, instead of just using it to store rubbermaid bins of holiday decorations or something. I planned out the shelving and desk, and 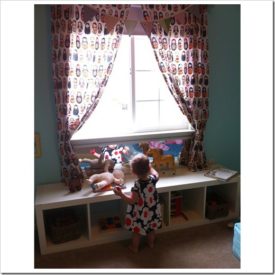 Aaaaages and ages ago, Urban Outfitters used to make “tapestries” which were really like awesome hemmed pieces of huge fabric. They still make “tapestries” but now instead of being like regular printed fabric (with a smaller pattern), they mostly have one giant panel printed on them. I wish they still made them the old way. 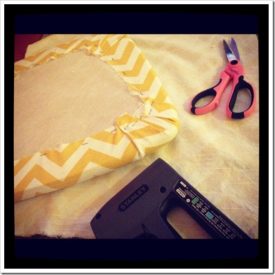 In an effort to brighten up the kitchen and dining room, I decided to bring in yellow and white, and trade our dark dining furniture for something lighter. We sold our dark wooden table (which was wonderful, but very big in our space here) and got this light-colored one from Ikea (and the place mats 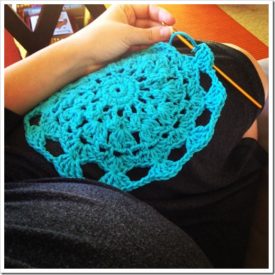 As part of my nesting/reorganizing projects, I bought new towels for both bathrooms. The others were from when I was in college, and some from when The Guy and I first got married. Getting a bit old… And I was tired of the color. I decided to do Anneliese’s bathroom in her “signature” color combo, 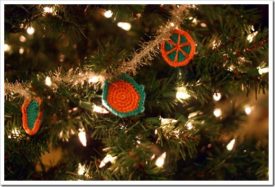 You know those cinnamon scented pine cones that are always in grocery and craft stores around Thanksgiving and Christmas? I’ve never bought them before. I have no idea why. They smell WONDERFUL. So the first decoration I made involved those, some ribbons in my “theme colors” for this year (and probably several years after this)

The baby room is finished enough to share with you now, I think. It’s not perfect or what I intend her “real” room to be like, but it’s a “for now” sort of situation since we will be moving soon (this fall). Don’t ask me where we’re moving. We don’t know; it’s up to the 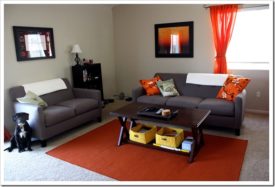 So it’s not exactly AFTER… there are still some things I want to do to it, and I didn’t “stage” the room for photos so… yeah. But I figure it might be a while before it’s actually at AFTER and this is close enough for sharing! Orange rug: Love it. I debated over whether or 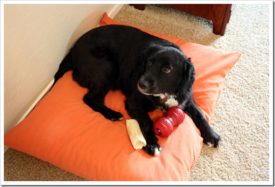 Are you ready to learn how to make a dog bed? This project was so fun and easy, and it made my dog so happy! Plus, the new dog bed looks great in our house. My sweet dog has been using the same dog bed since her birthday a year and a half ago. Needless 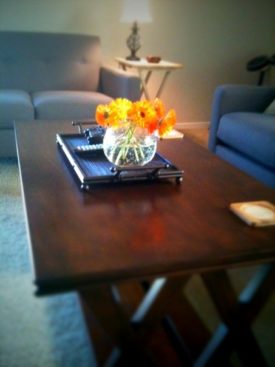 Here’s a sneak peek of the progress on our living room overhaul. It’s no where near “finished” so I won’t be showing you the whole thing right now… but I have sort of a list going on… We LOVE the new couch and love seat. We LOVE the new coffee table. Even though it’s darker

So I realize that I haven’t really shown off this house very much… I don’t think I’ve done any sort of official “house tour” post. I’ll try to do room by room posts though, eventually. For now, I figured it was probably a good idea to share our living room, since we’re about to CHANGE 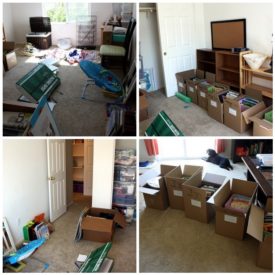 So we have this great room that gets TONS of sunlight during the day, and when we moved here we had planned to use it as the playroom for my in-home childcare. But then I got my job as a nanny (outside of my home) and decided not to pursue getting my childcare license, because