Since Carlsbad Caverns were closed, we knew we couldn’t skip the Caverns of Sonora. Caves are just too darned cool.

When we arrived, we had about an hour to wait until the next tour could start. So we puttered around the little gift shop, fed the peacocks (and BABY peacocks), and just hung around. The kids were starting to get restless and cranky when it was our turn to explore the caverns!

We clipped the kids into carriers on our tummies (no back carriers are allowed in the caverns, in case you duck under something and the kid doesn’t). Anneliese chose the bitybean which wouldn’t be my first choice for her, since it doesn’t support her knee-to-knee (it’s better on Joseph), but she was happy to snuggle in it on her dad. I put Joseph in the Boba Air. And we hit the cave with Dee, our guide. 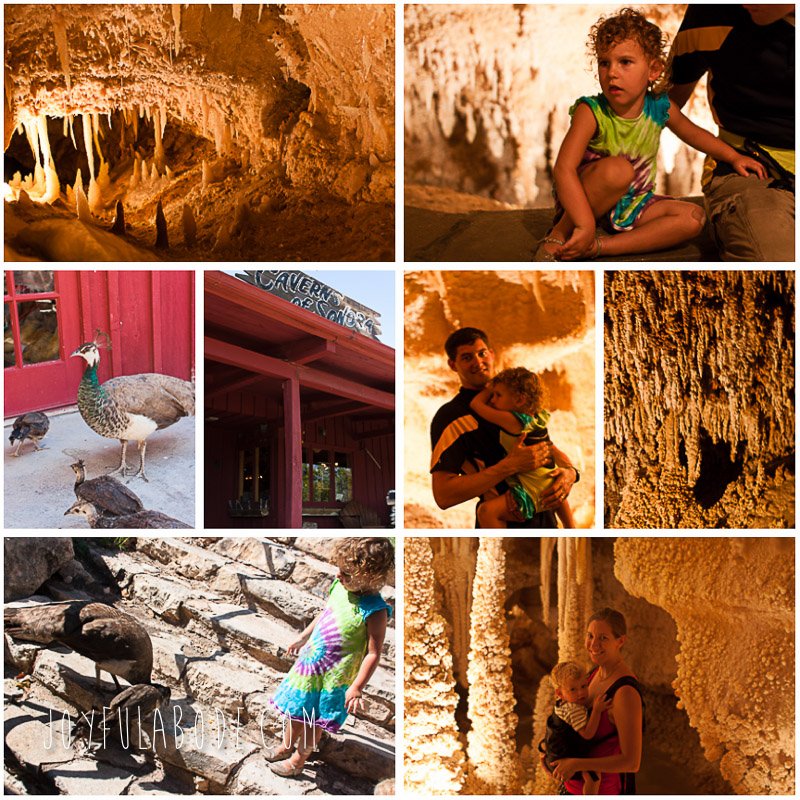 We got to see so many cool formations – different types of stalagmites and stalactites, soda straw stalactites, flow formations that looked like applesauce, cave bacon (it looks like a strip of bacon for real), helictites including fish tail shaped ones, and so much more. There’s a Lost City of Atlantis room, where stalactites reflect perfectly in the water below to look like an underwater city, but there are really no stalagmites under the water at all. 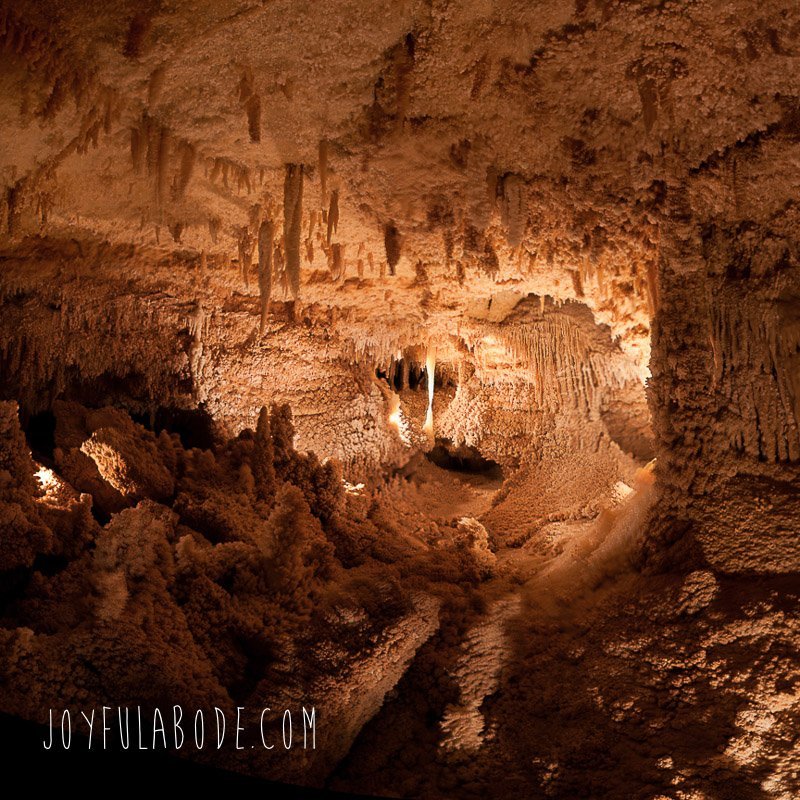 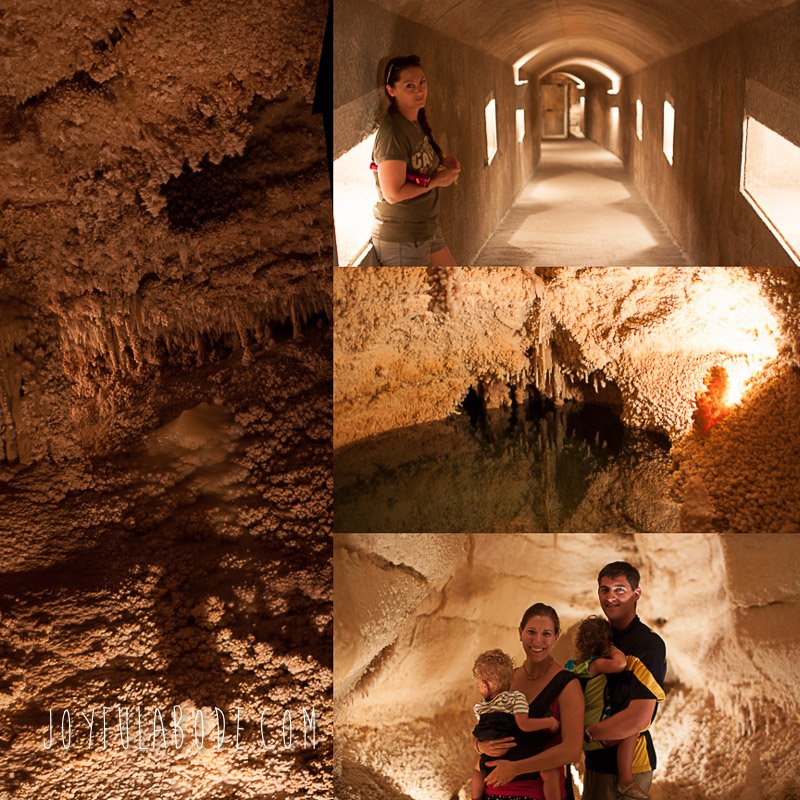 And this “surprise room” where, upon blasting through some rock to make the entrance and exit of the cave connect, spelunkers found that there was a bunch of water just sitting here… the water level was where those ball-shaped dealies meet the regular stalactites. 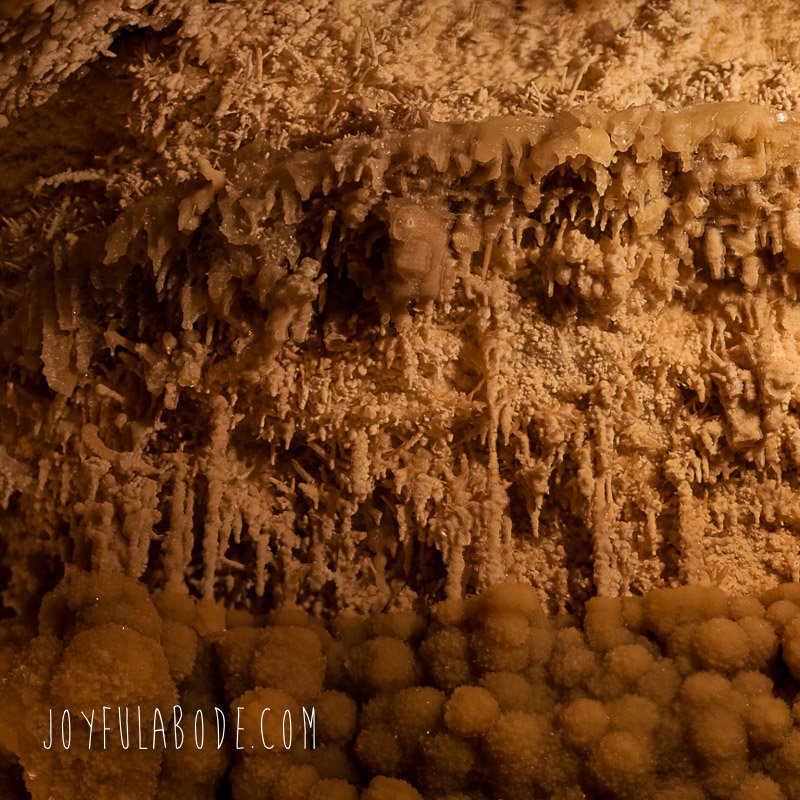 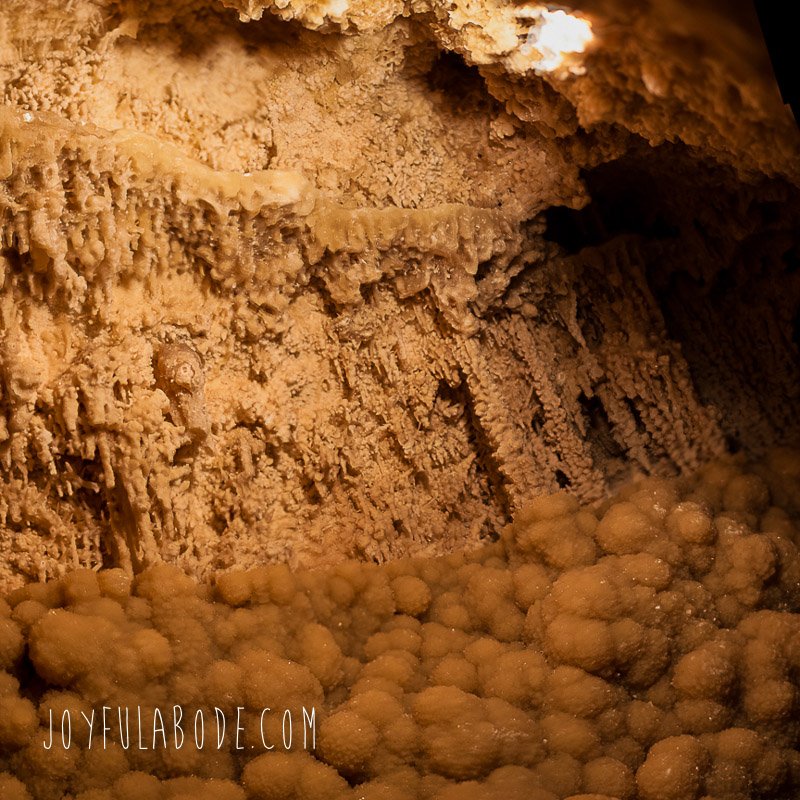 What a cool place to see! Nature is so amazing.

If you get the chance, go. We enjoyed it so much.