I had heard somewhere about eating more coconut oil in order to raise the fat content of your breastmilk, so I thought I would try it out. That was a couple of days ago, and the fudge I made has been really delicious, but I’ve read some more stuff since then… basically saying raising the fat content of your breast milk isn’t something you can control through diet (but trying to get more hindmilk through breast compressions, nursing/pumping more often or nursing/pumping for longer are strategies you can use). HOWEVER, it seems that the types of fats you eat are directly reflected in the types/ratios of fats found in your breast milk. And coconut oil with its medium-chain fatty acids is a fantastic fat to include.

The medium-chain fatty acids are used really easily by the body, which doesn’t have to break them down as much as long-chain fats, and coconut oil specifically has antiviral and antibacterial properties which can mean less sickness too.

A study published in the American Journal of Clinical Nutrition has shown that lactating mothers who eat coconut oil and other coconut products, have significantly increased levels of lauric acid and capric acid in their breast milk, creating milk rich in health promoting nutrients. Coconut oil is easy for an infant’s immature digestive system to absorb and utilize. It also provides energy in the form of medium chain fatty acids to help the baby grow and develop properly.

According to the research, when a lactating woman adds foods rich in lauric acid to her diet, the amount of lauric acid available in her breast milk increases substantially to levels three times the original level and nearly double the amount of capric acid. A single meal of coconut oil can significantly affect the breast milk fatty acid compositions for 1 to 3 days with the maximum increase occurring during the first 10 hours. This data supports the hypothesis that diet directly affects the quality of human milk and possibly the womb environment.

That is, if you need an excuse to eat yummy chocolate goodies. You might not need the excuse though. 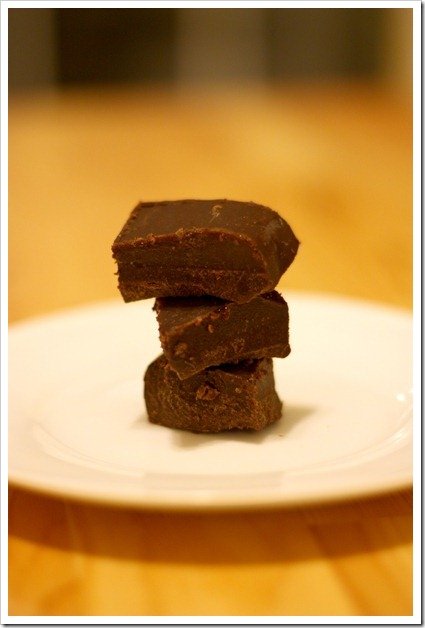 I tried making this a couple of different ways. First, by melting the coconut oil and dissolving everything into it before freezing to set. The second batch, I tried to make it have a fluffier texture by “whipping” the oil first in my stand mixer. I preferred the denser, but smoother version. 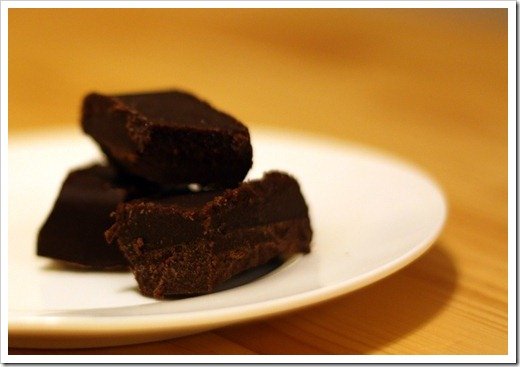