We had planned to visit the Canon Ranch Railroad Eclipse Windmill between Fort Stockton and Sonora. But Google led us to the Canon Ranch, with no windmill in sight, and only a gated dirt road with a No Trespassing sign. So, sad faces from me and The Guy.
We wanted to have a picnic at the windmill, but since that was a no go, we kept driving. After a while, we needed a restroom and gas stop, so we pulled off in Ozona, Texas. I asked if there was a playground or picnic area nearby, and a nice lady from the Chamber of Commerce, who happened to be in the convenience store shopping, directed me to a wonderful park. 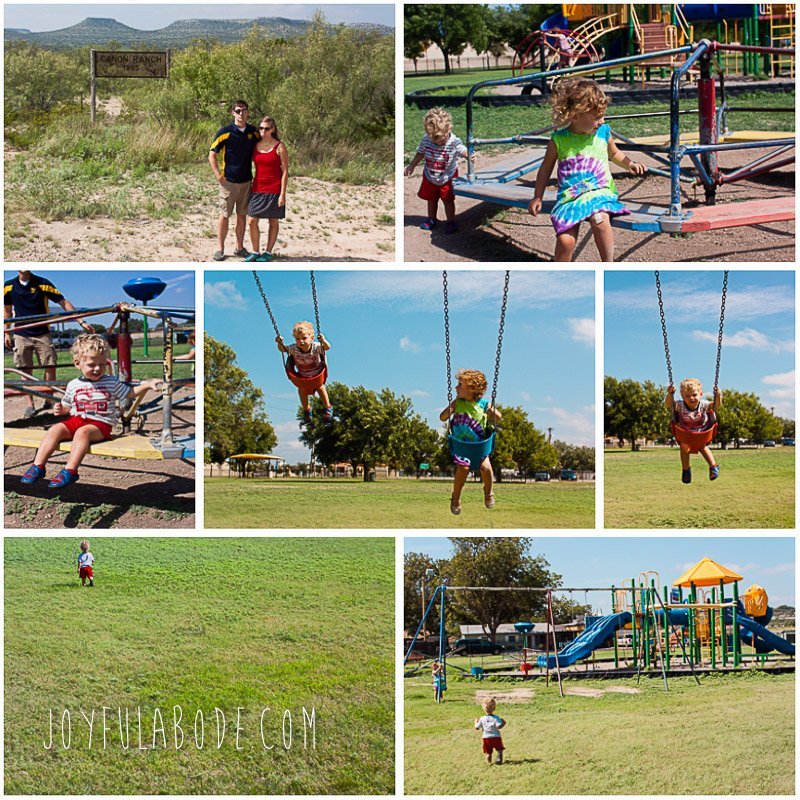 We chatted with another road tripping family who was moving to Georgia while we picnicked, and the kids were much more interested in the awesome playground than in their food. This park had a classic merry-go-round and several see-saws, neither of which I’ve seen at parks anywhere recently. Joseph loved pushing Anneliese on the merry-go-round; he really enjoys anything where he gets to move or lift heavy objects! They both hated the see-saw though.

Neither of them wanted to leave when it was time to get back on the road. 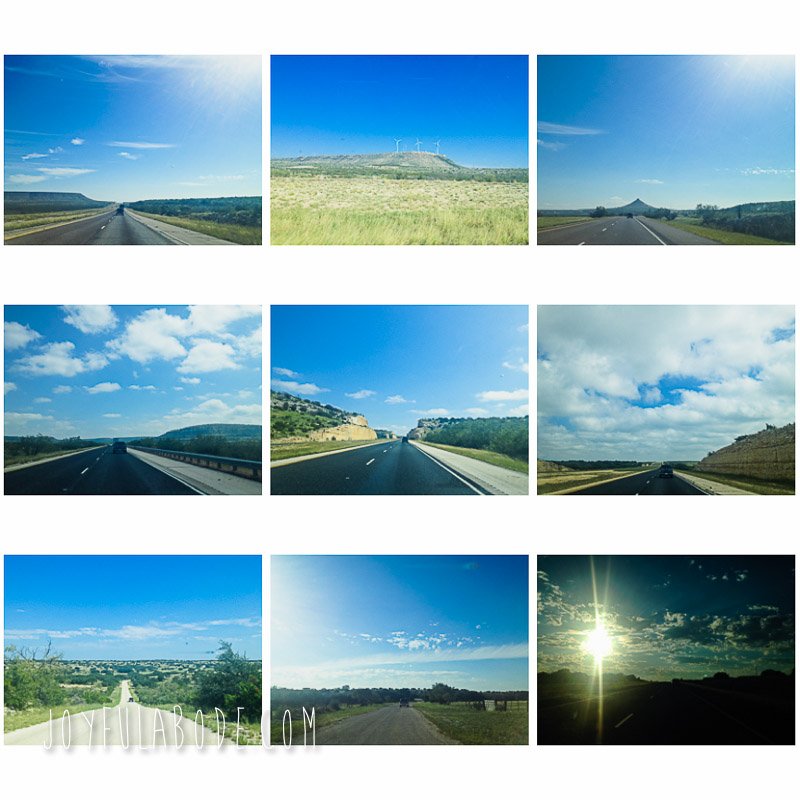 I still can’t help but be in awe of the changing scenery and skyscapes. What a gorgeous country we live in!

(FYI I can take a quick iPhone picture one-handed without looking. I make them more “composed” on my computer later – they’re all crooked and stuff in their original form. It takes no more brain power or distraction than changing the radio station, I promise.)