I’m a giant Pinterest fan, and when I saw this donut recipe, I had to re-pin it even though I didn’t have a donut pan. But the idea of donuts was sowed in my mind, and I couldn’t stop thinking of them… so I ordered this donut pan (recommended by my twitter friends), and now the donut-seed in my mind has come to fruition. These grain-free triple-coconut delight donuts are husband-approved, and really quick to whip up. 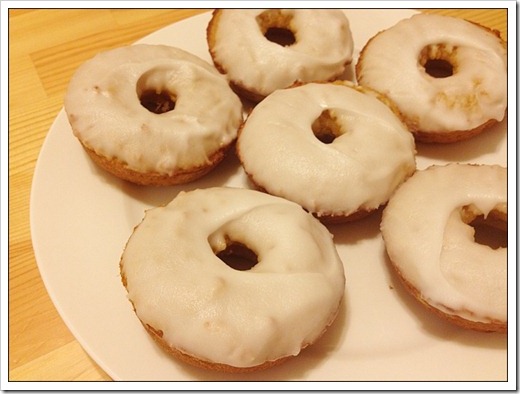 Why triple-coconut? Because they’re made with coconut flour, dried coconut, and coconut oil. And the flavor is delightfully coconutty without any of that weird fake “imitation coconut extract” flavor. Because that’s coconut you’re tasting.

I will be making them again.

Here’s the recipe, with my changes (of course… I can hardly make anything as-is) and thoughts.

« Happy Mother’s Day. It Really Was. | Slowing the Pace »