I knew before I was pregnant that I would want to use cloth diapers on my children. Why? Was it because I want to Save The Earth and be Super Crunchy, Eco-Friendly and Green? Maybe if I were a better person. But if I’m honest, my main motivation is that whole financial prioritization thing. There’s other stuff I’d rather spend that money on. Not to mention, going to the store week after week to load up on disposable diapers and trash bags (or diaper genie refills) would get old REALLY quickly for me. Plus, I hate taking out the trash. Oh, and they’re way cuter than disposables.

As I researched cloth diapering, I found out there is a whole huge range of fluffy options! There are pocket diapers, fitted diapers with covers, prefolds with covers, all-in-ones, all-in-twos (weird name), one size fits all types, other kinds with incremental sizing, etc.

I thought I’d go with prefolds (with snappis instead of pins) and Thirsties covers. That arrangement appealed to me for several reasons. First, it’s relatively cheap. Prefolds run about a $1-2 each. I’d only need a few snappis, and the Thirsties covers are relatively inexpensive. Other things I REALLY liked about the idea of that diapering system? Thirsties covers are CUTE, and the whole shebang results in a pretty slim diaper, as compared to other puffy/fluffy systems.

When you use prefolds and covers, you don’t have to wash the whole thing every time the kid pees (like you have to with all-in-ones). You just throw the prefold in the diaper pail and reuse the cover. If the cover gets poo on it (which doesn’t happen every time the kid poos), then you need a new one obviously. Because of that, you might only need 6 or so covers if you’re doing laundry every other day. With other types of diapers, you need a couple DOZEN full diapers to last a couple days. And at $20-30 a pop, that adds up!

There was one big problem with the Thirsties/prefolds combo in my mind though. It would be like putting on TWO diapers every time my girl needed a change. First the prefold secured with a snappi, then the cover over it. And since I’ve had experience changing young kids’ diapers all day long (as a nanny) I knew I was going to be spending a significant amount of time on it already. Doubling that time didn’t sound awesome to me. Also, a small factor was that I don’t particularly like the way the Thirsties covers feel (compared to soft cotton fabric).

Edited to add: I discovered you can actually just lay a tri-folded prefold or other insert in the Thirsties cover, and that you do not HAVE to put the prefold around the baby with a Snappi or pins. That makes it a lot more attractive to me, but I still think gDiapers are cuter and feel better. 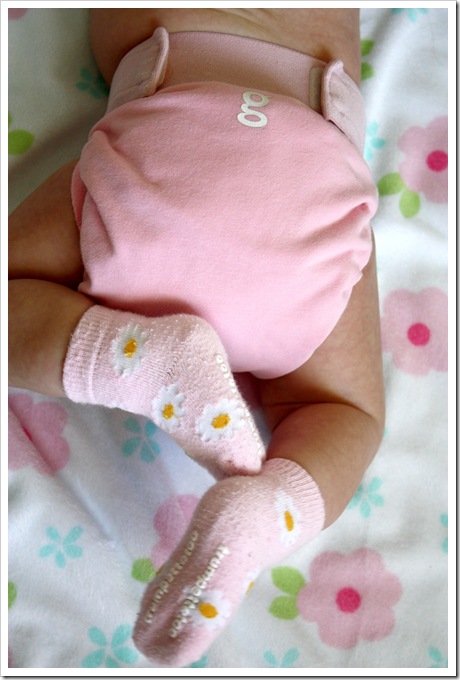 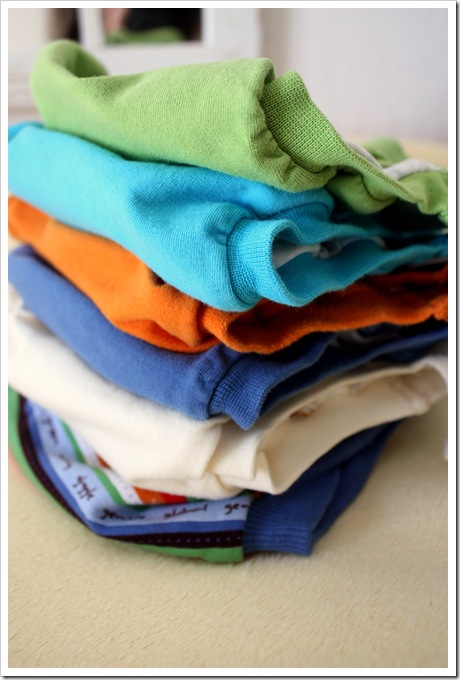 Since so many of my friends have expressed curiosity about the gDiapers, I’m going to do a series of gWhiz — gDiapers 101 posts. I’m really excited to share about gDiapers, so if you have any questions about them, feel free to leave them in a comment here and I’ll try to address those curiosities in further posts.