So I realize that I haven’t really shown off this house very much… I don’t think I’ve done any sort of official “house tour” post. I’ll try to do room by room posts though, eventually.

For now, I figured it was probably a good idea to share our living room, since we’re about to CHANGE it. haha. This super-comfy couch has been ours for as long as we’ve been married, and mine before that, and before that it was my mother’s. But with 5 moves (not counting any times my mom moved it) and surviving a puppy’s curiosity (it’s a bit nibbled), it’s a bit closer to shabby than to nice right now.

Recently, Macy’s furniture store was having a sale, so we trekked up to Fresno to check out a couch I had in my bookmarks for MONTHS and months. Well the style was great, but the fabric left us both wishing for something better. So we wandered around the store for a while, until I spied a lonely loveseat. It was a very similar style, but the fabric was much, much better. It was on clearance since it was the floor model and discontinued – so very reasonably priced! We inquired as to whether a couch existed to match, and the sweet sales lady found one in the northern part of the state. YAY!

So we ordered both of them, and they should be delivered TODAY. And a guy from Cragislist is going to pick up our green couch either today or tomorrow… so it will continue to be loved and appreciated. Its life isn’t over yet!

So without further ado, here’s the “before” living room.

At one time, I loved these curtains… but they have faded incredible amounts over the years. They used to be a lot brighter/deeper color, and now they’re kind of pale and anemic-looking. I have lots of fabric and curtains bookmarked, and eventually will buy/make some new ones to replace these. That’s not first on the list though. 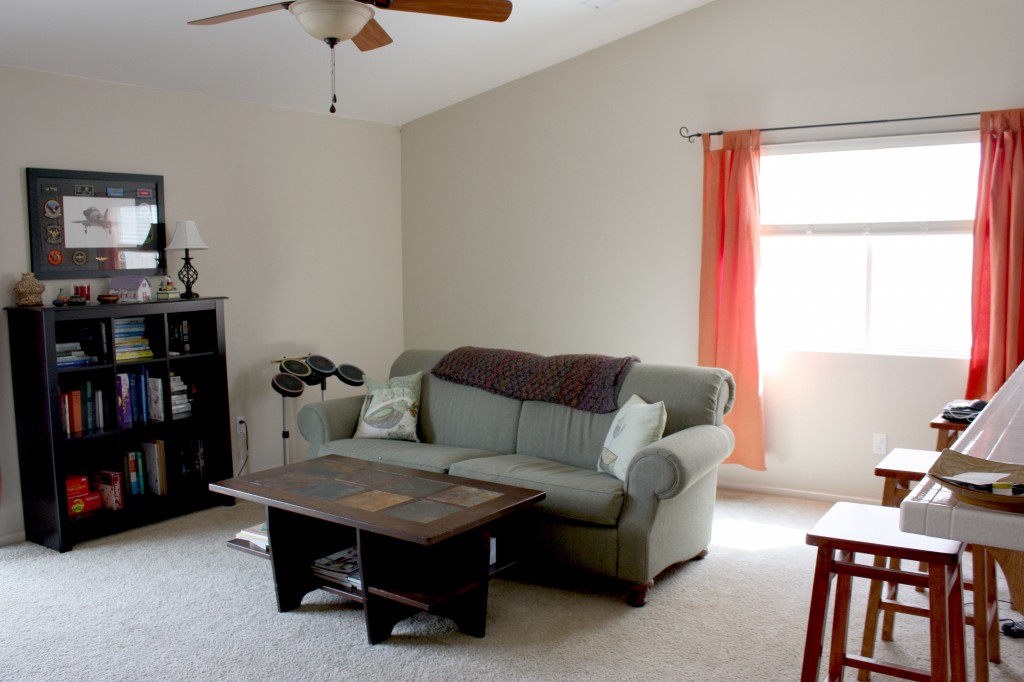 The TV console is another hand-me-down from my mom. It looks relatively nice, but it’s MDF/laminate as opposed to wood, and so it’s really shown the beatings each move has given it. It’s on the list for replacement too.

So is the coffee table. It IS solid wood, but over the time we’ve had it, we’ve both decided it’s a bit more visually heavy than we’d like. New one’s on the way!

Also, we got a little tree for the spot to the right of the TV console – but it got sad-looking so it’s outside now trying to recover. I think it needs new soil. We may or may not succeed in saving it. 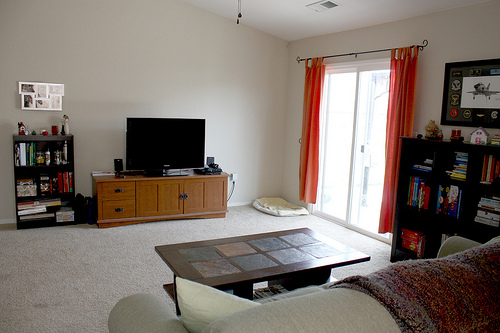 Both bookshelves in this room are “cheap.” Not wood, etc… but this cubby-style one looks pretty nice (at least until it gets more beat up with more moves under its belt). Eventually we’ll get nicer bookshelves for our living room, but not in the next year or so. So these will stick around though they aren’t the best. 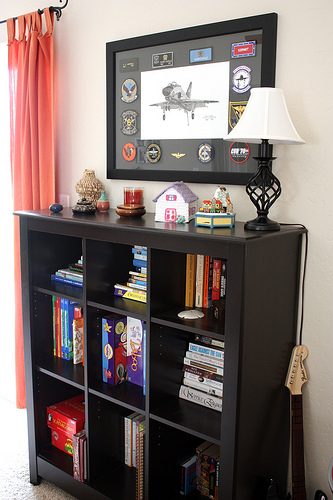 And it would be nice to have a rug for visual impact. We’ll have to see if that happens any time soon… 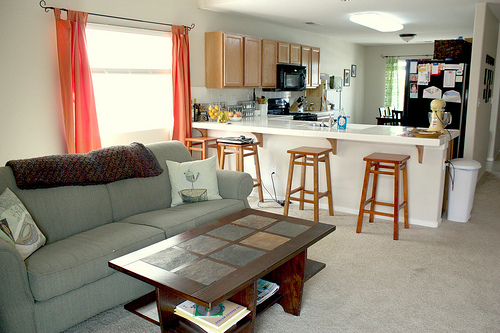 I love this little nook that you can see from the couch. There are definite plans to bring in more orange into the rest of the room. 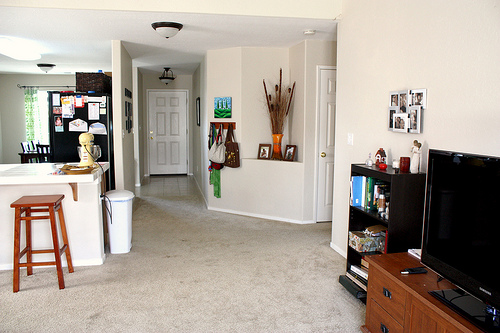 Isn’t this vase thingy the most fun PUNCH of orange? Love it. And of course I’m still in love with my Ron Roland painting. 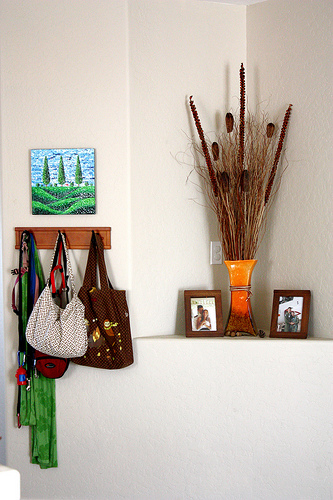 So that’s the living room as it is at this moment… a few changes are coming though. I hope it works out nicely. 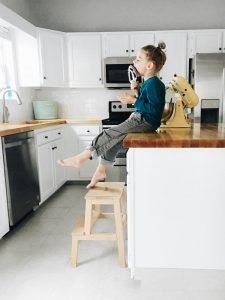 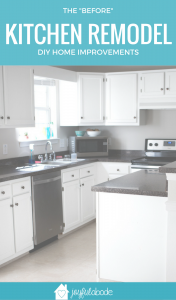 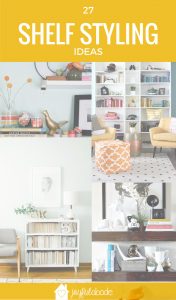