Having Henry in our lives for the last year has been such a treat. He’s so easygoing and joyful, but he definitely has a strong personality too.

He loves to laugh and dances when he hears music he likes (he doesn’t like ALL music, but some songs really get him going).

He wants to be part of the action, all of the time – chasing his brother and sister, laughing when they play near him, and trying to join in on their games.

He’s spent more time in the car than either of my other kids did in their first years – taking the big kids to school and picking them up, going to gymnastics mornings, grocery stores, the gym with me, and so many little road trips. And while a few of those trips were hard, he mostly handled it really well!

Henry learned to walk last month, and has started trying to climb the furniture, too. He doesn’t want anything to hold him back from participating fully in family activities!

His favorite place to explore is the refrigerator. As soon as the door opens, he makes a beeline for it. He especially likes to check out the condiments in the door.

He’s already had two haircuts, and will be due for a third pretty soon.

And today, he turned a year old.

As the family sang to him, and I brought his cupcake to the table (chocolate zucchini bread with ganache-cream-cheese icing and sprinkles), his face lit up. A second later, I had to hold both of his hands, because he wanted to grab the flame on the candle. Fire is pretty amazing stuff, especially when you’re one. 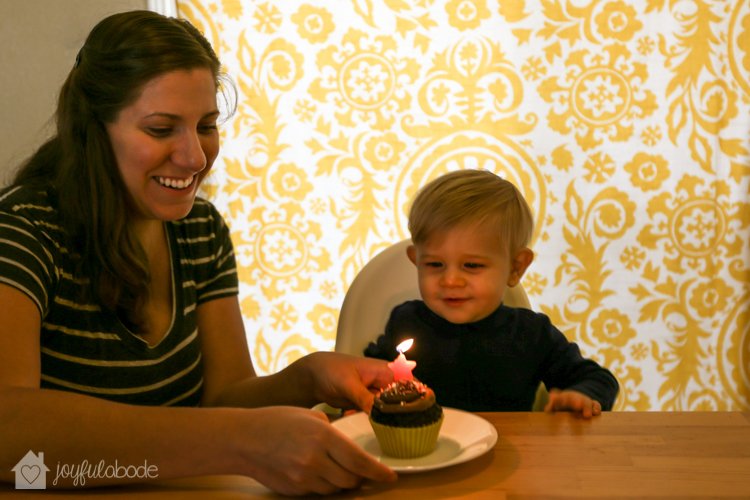 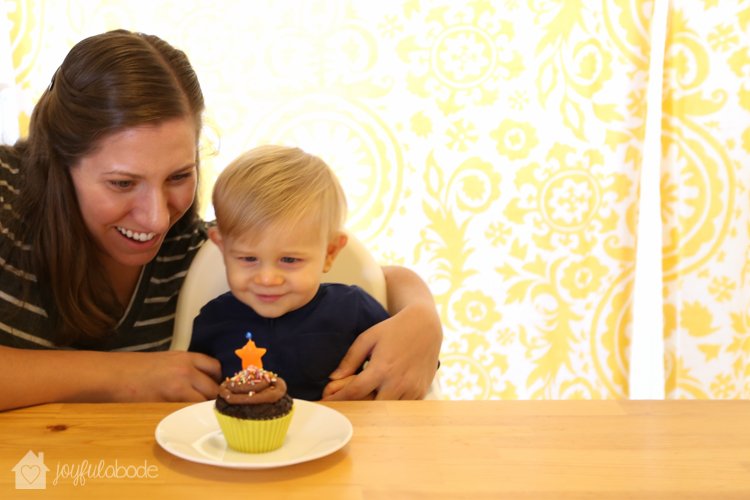 The cake really didn’t impress him at all though. I kind of expected this… I gave him a little taste of my husband’s birthday frosting on the 16th, and Henry spit it right back out. Chocolate doesn’t seem to be his “thing.” If I had made him a chicken cupcake, he would’ve been way happier with it. 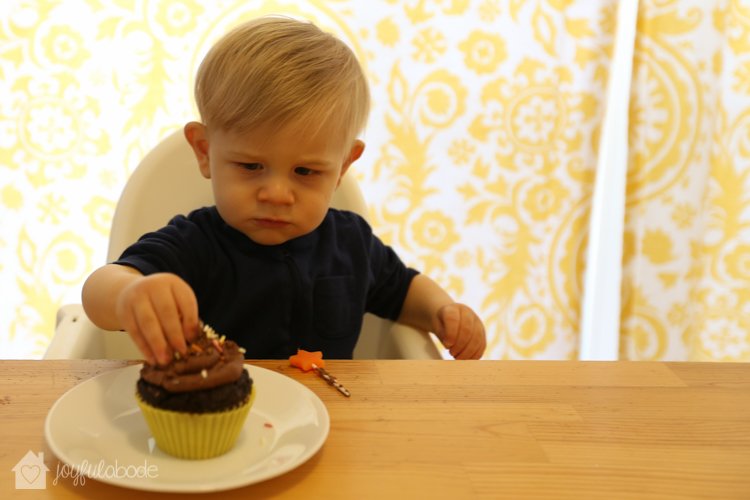 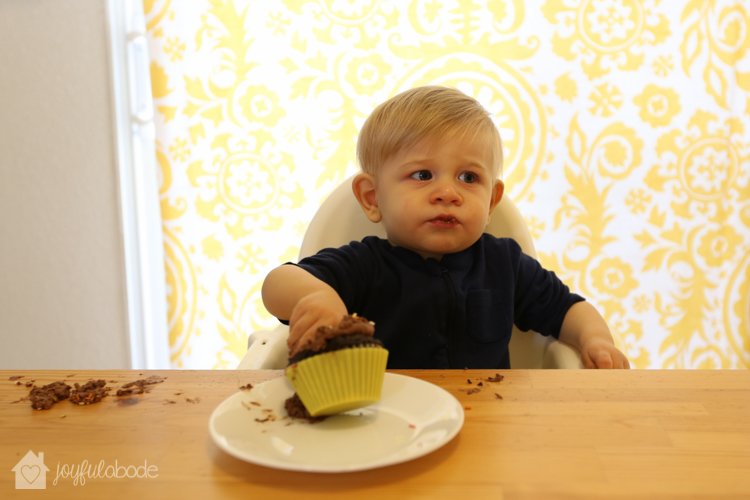 I even tried feeding him a little bit of the cupcake, to make sure he knew that it was food. He was like, “Get that away from my mouth, Mama.” 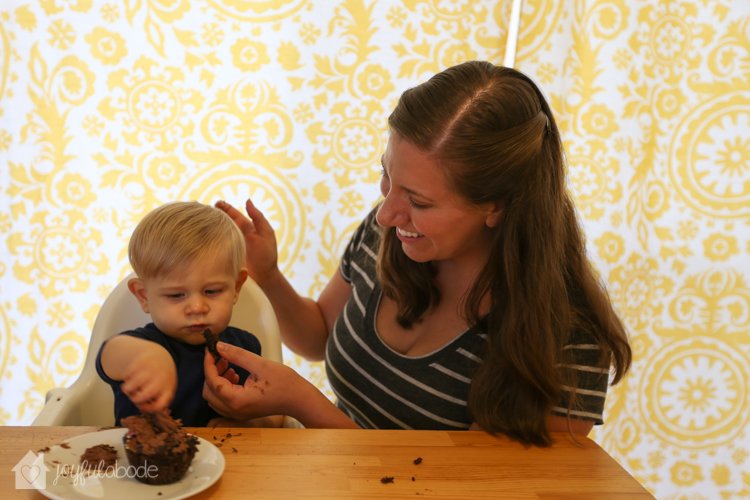 So I gave up, and just watched him destroy the cupcake, wipe the table with it, and throw it on the floor instead. 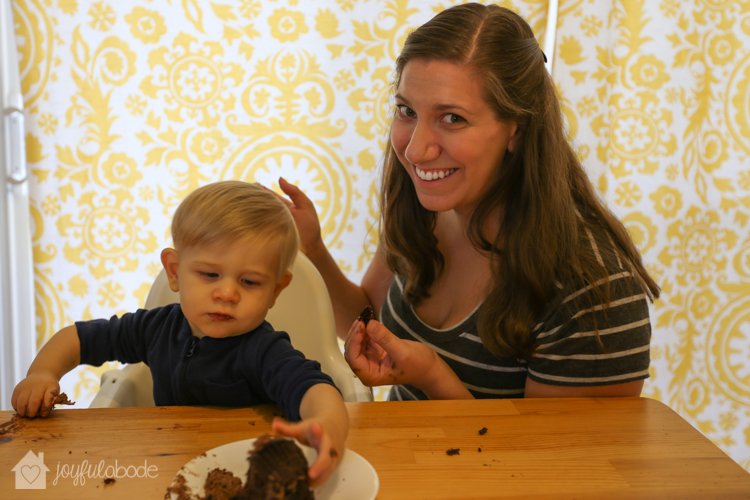 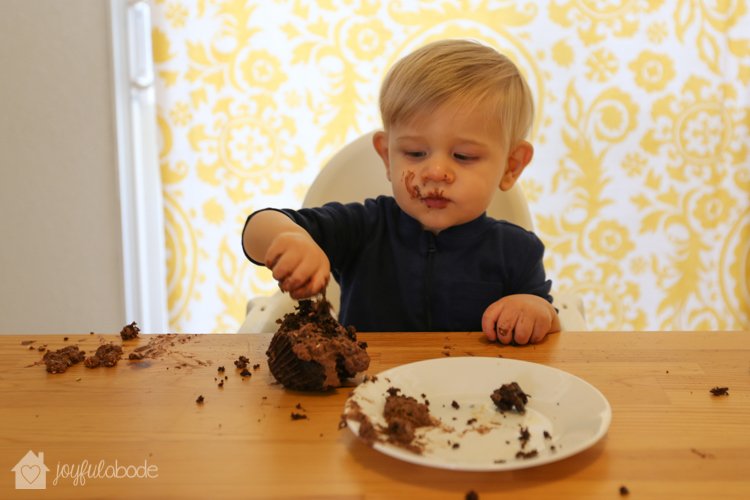 Henry, my littlest love, I want the most happiness for you. I want your life to be full of love and laughter. I want you to always know you’re cared for, safe, and adored.

And I think, so far, you’ve had all of that.

With a lump in my throat, because my last baby’s infancy is over, and because you’re becoming more and more “you” each day, I wish you a happy birthday.

I love you, Henry. 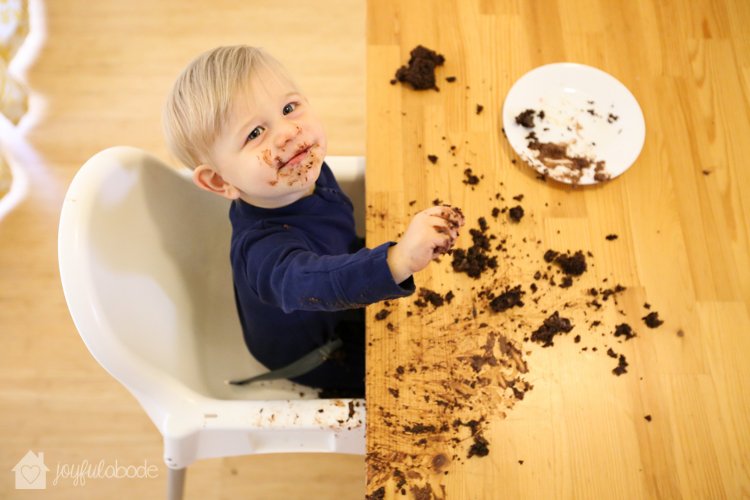 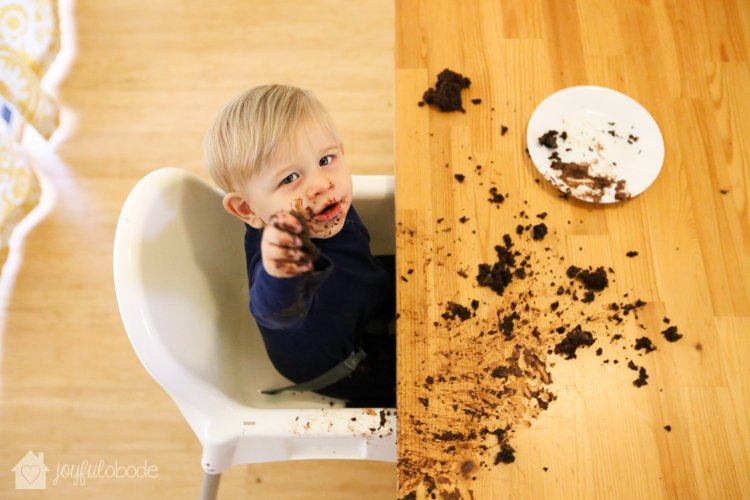