This pork breakfast sausage is delicious, easy to make in a huge batch (and freeze some for later), full of protein and flavor, and has helped me start several mornings off on the right foot so far. 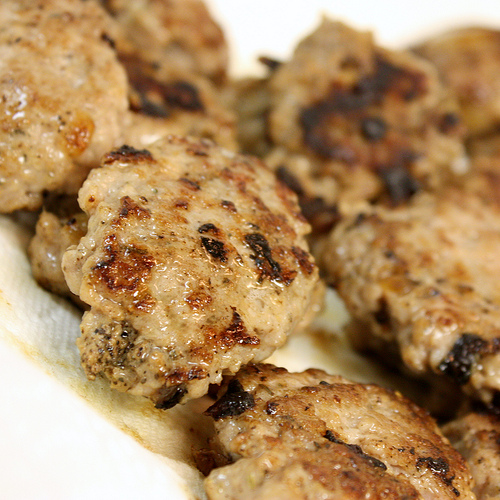 If you’re going to be using onion in your sausage, you’ll want to chop it into little pieces… probably smaller than I did. 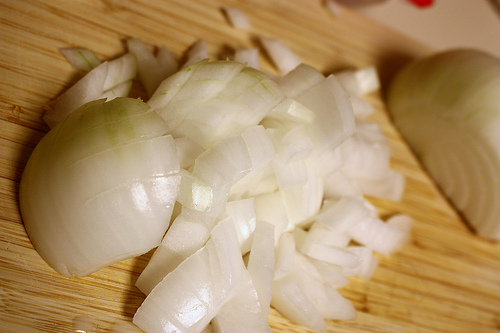 Throw the onion in a pan over medium-high heat with some oil of your choice. I used bacon grease, because… just yum. You’ll need to check on the onions and stir them every couple of minutes while you prepare the pork. 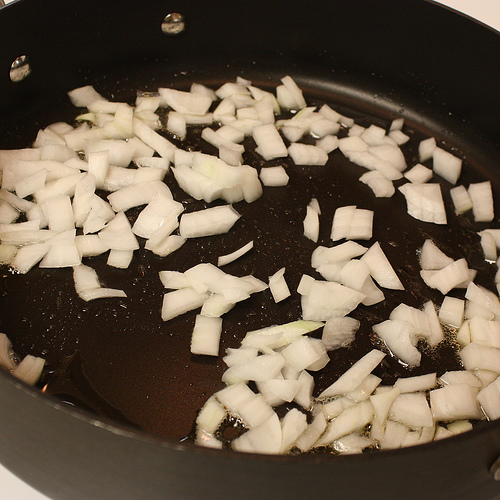 You can mix the meat up with your hands, but I don’t like touching raw meat in general, so I use my mixer with the paddle attachment. Put 2 pounds of ground pork in the bowl along with the sage… 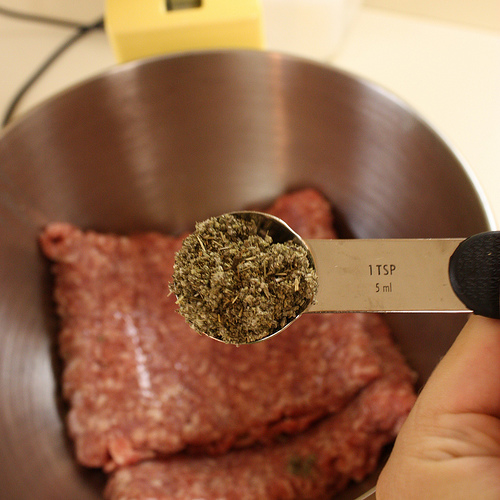 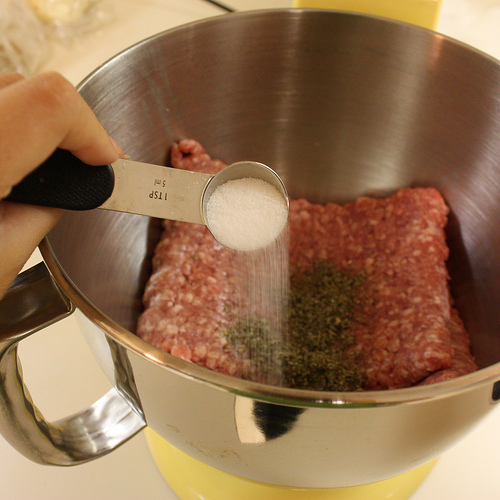 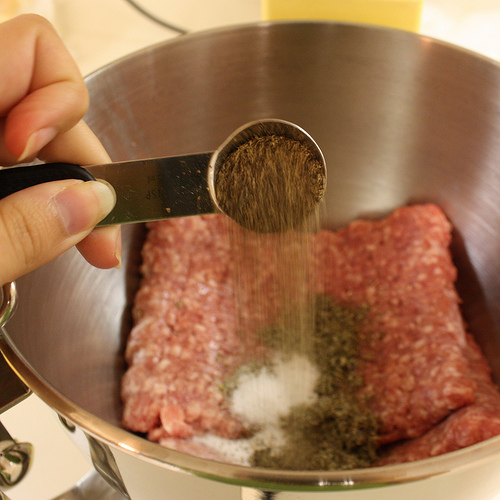 …and brown sugar or real maple syrup. Keep in mind this one tablespoon is distributed over 2 pounds of meat. It’s not really sweet sausage. 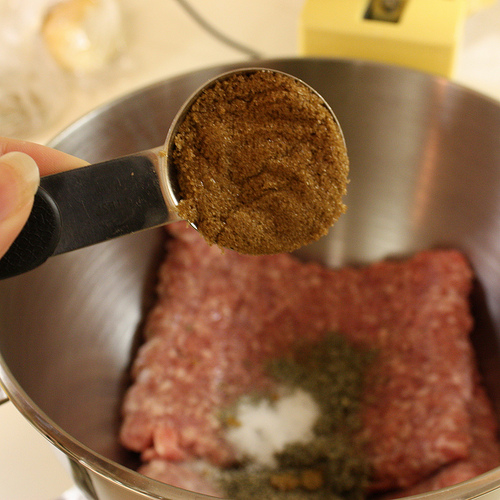 Then, sprinkle in some ground cloves, maybe 1/4 teaspoon. 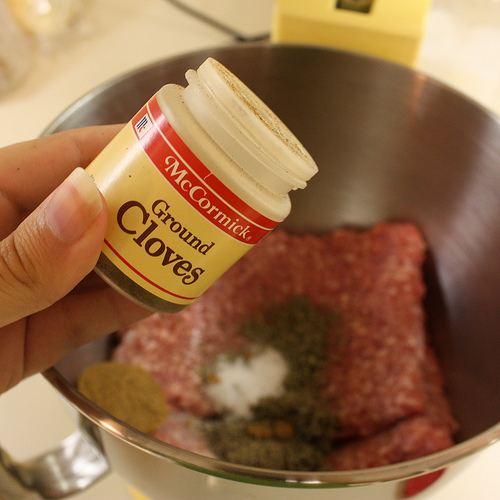 Then, add some thyme. Maybe 1/2 teaspoon but if you’re a fan you can add more. It’s your sausage. 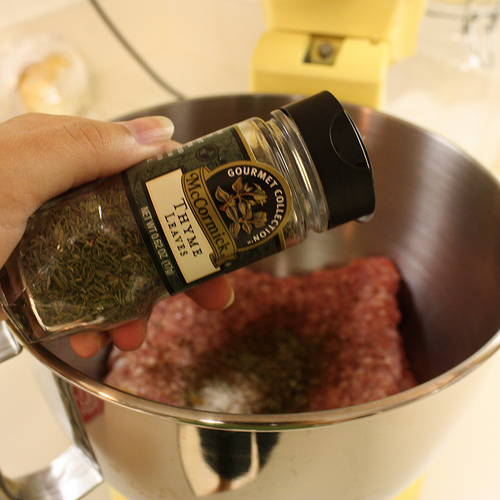 Whirrrrrr… mix it up. If you’re using your hands, that’s fine but they’ll get ukky. 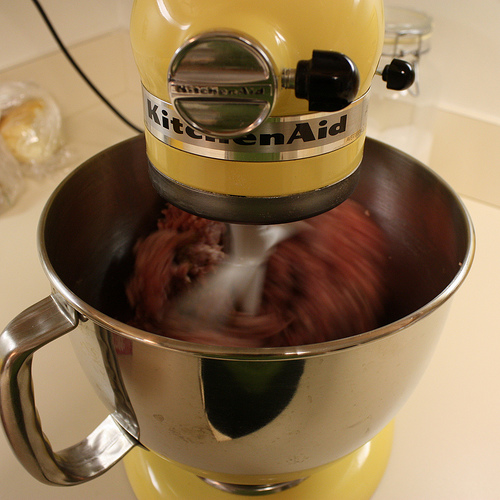 By now the onions should be deliciously caramelized. Scoop them up. 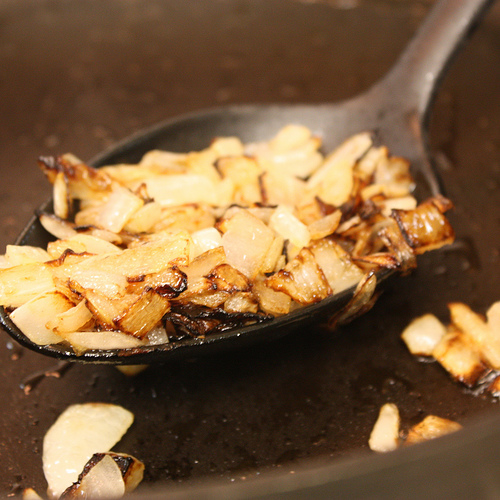 And throw them in the meat, then mix to combine. 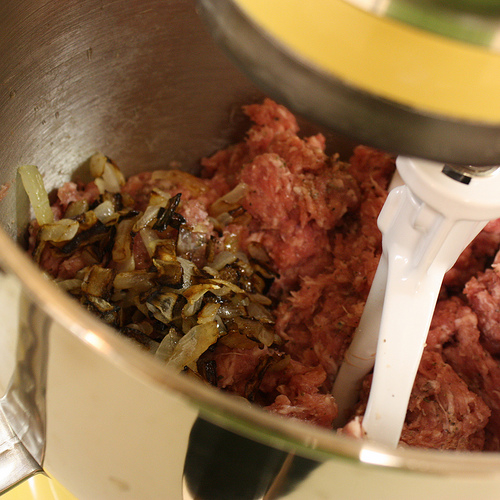 Now lay out a big piece of waxed paper if you’d like to make the balls all at once, or you can just throw chunks of it at your frying pan. I recommend the little ball-making approach. Just scoop some meat up with a tablespoon, then scrape it into another tablespoon, and repeat until the meat is vaguely football-shaped. 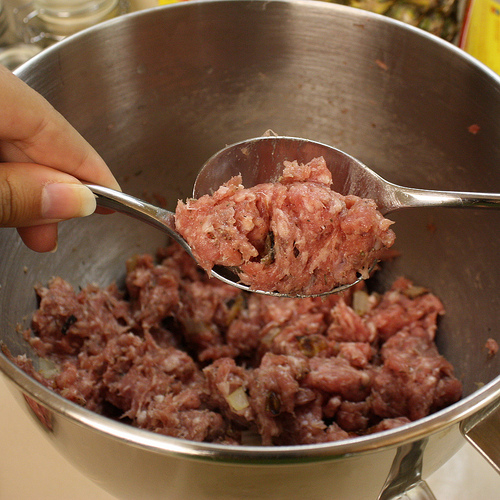 Then place it on the waxed paper. Of course, if you want, you could use a cookie scoop, your hands, or whatever implements you favor. 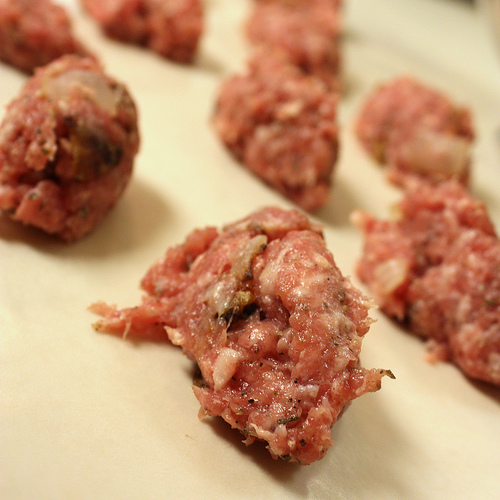 When you’re ready to start cooking, place the little footballs in your pan and flatten slightly. Cook on medium-high heat about 5 minutes on each side, or until the meat is totally cooked through. We don’t want to mess with undercooked pork. 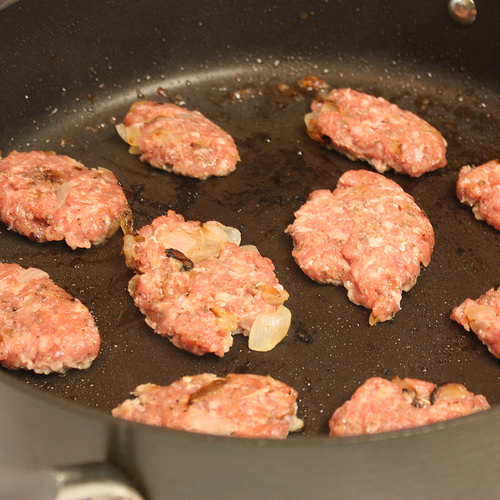 Paper towels will soak up the extra grease on the outsides of the sausage, but who are you kidding?You’re eating ground pork. 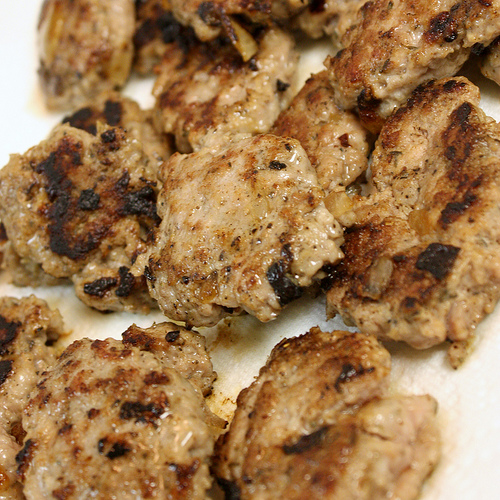 I put a bunch of these in a tupperware in the fridge, and pulled out a few at a time for my breakfasts. I just warm them up (usually 3 pieces) for about 2 minutes and they’re good to go. Add some fruit and cottage cheese or an egg, and yum!

In case you’re wondering, this recipe makes about 30 small patties. The nutritional information (per patty) is as follows.