How to Cut a Bell Pepper the Easy Way

I used to cut bell peppers in half lengthwise, rip out the seeds and the stem, rinse the loose seeds off in the sink, then cut it up… That’s simple enough, but honestly, this way is even nicer because you don’t have to deal with the seeds at all. I think after cutting 3 bell peppers up, only one little seed had made its way to my cutting board. Very nice! 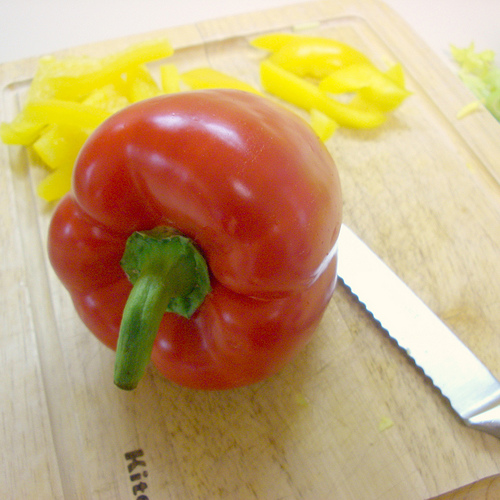 First, slice off the top… just a thin little sliver. 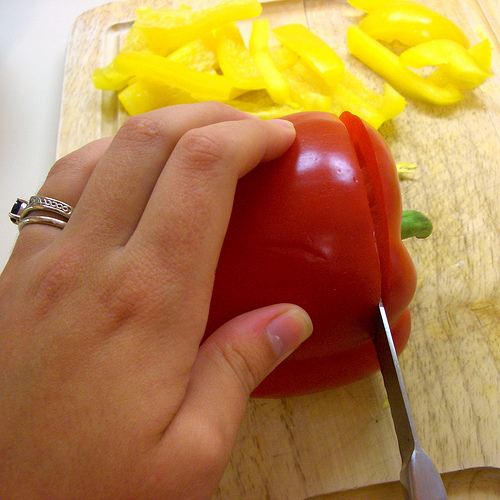 Then slice off the bottom.. just a little. 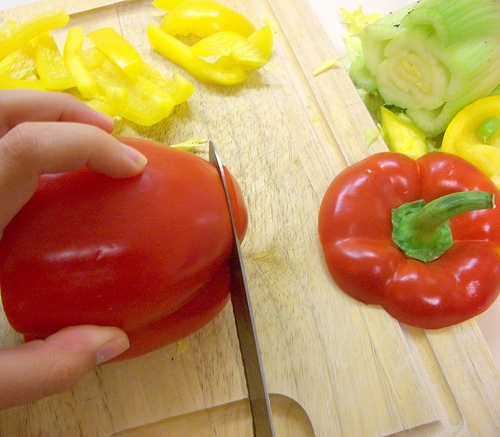 Now, stand it up on the end, and cut away the good parts. It’s super-easy because you can see exactly where the pith and seeds are! It kind of looks like a wheel with spokes… those spokes are a good place to start cutting. 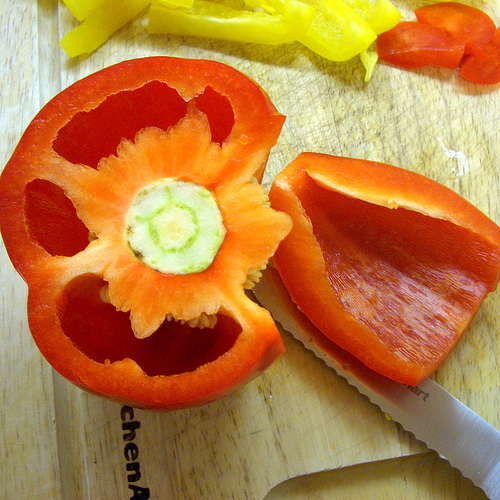 Cut of all the yummy bell pepper parts, and you’re left with nice clean veggies! 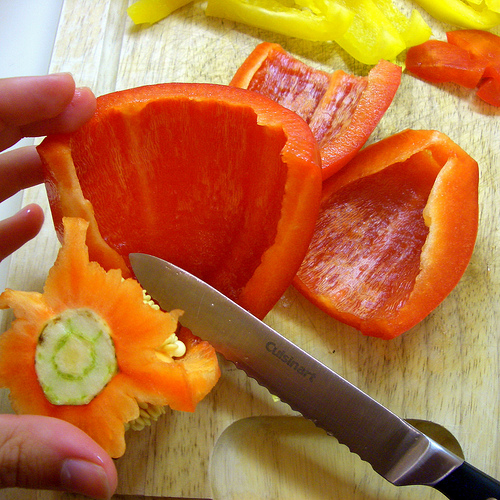 Cut them up however you want to. I was prepping mine for snacking on raw, so I made them into little dippable sticks. (I’m going to make a low-fat ranch dressing by mixing fat free sour cream, some lite mayo, and ranch dressing mix.) 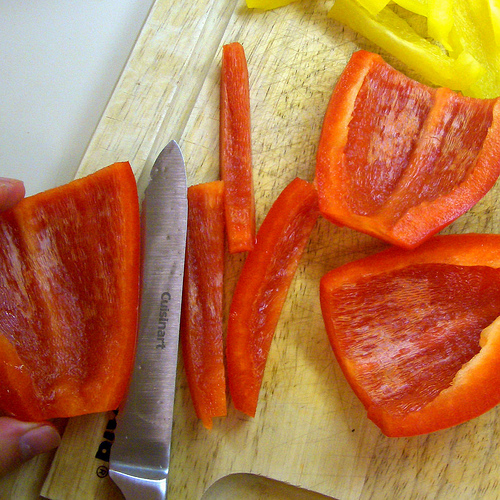 Doesn’t that look delicious?! And it only took a couple minutes! 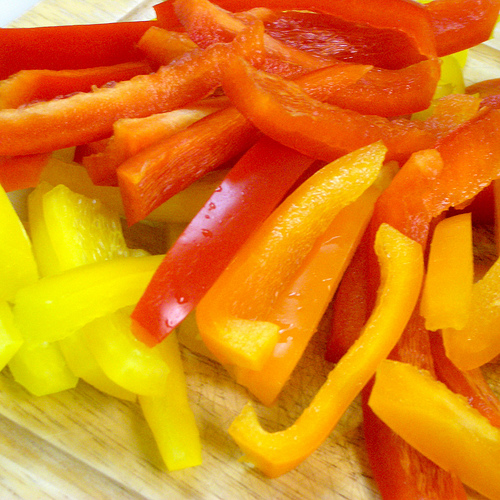 Even the trashy parts are pretty. Look at all those seeds, contained as if they’re in cages! Oh, and I also cut up some broccoli and celery too, if you can’t tell. 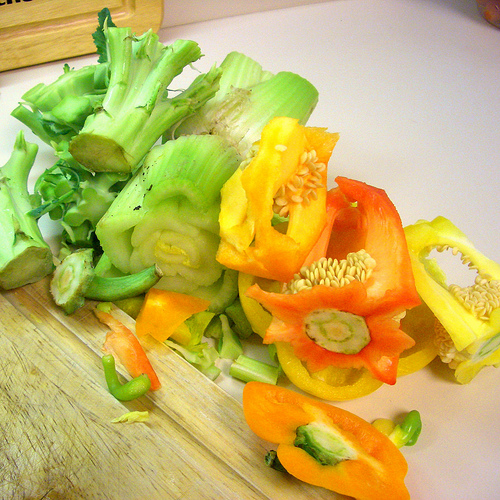 If I’m going to snack on raw veggies, it’s generally a good idea for me to prep everything AS SOON AS I GET HOME FROM  THE STORE. Otherwise the prep will seem daunting (well, too much work for just a little nibble) and I’m more likely to reach for pudding or crackers instead of yummy fresh veggies.