How to EASILY Drain a Toddler Pool 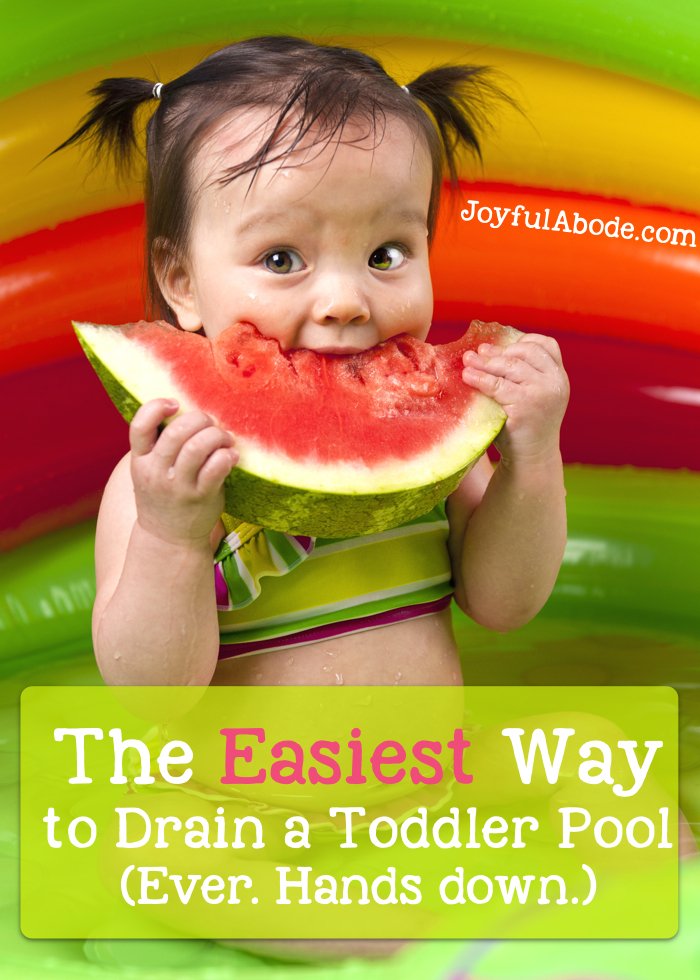 We’ve really enjoyed splashing in the toddler pool in the evenings this summer. I know I mentioned it before, but I had thought we were going to go to the community pool a lot… not so. It’s so much easier to stay close to the house, in case someone needs a diaper or a bathroom break or wants a snack or gets too hot/cranky/tired. We can also go out here while dinner cooks in the oven (if it’s something that doesn’t need to be attended to).

But until we figured out this little trick to draining the pool, the evenings would often find me stomping down the sides of the pool to let the water gush out (while I’m hoping not to puncture the pool or permanently distort it!). Other friends of mine had mentioned bailing out their toddler pools with buckets, which sounds effective but would no doubt take a long time. 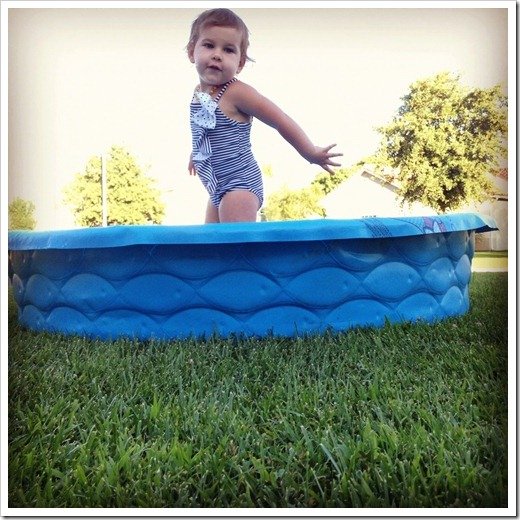 So here I have for you a ridiculously easy way to drain a toddler pool.

The trick is to use a siphon. But you do NOT have to suck gross used pool water into your mouth. That would’ve been a deal breaker for me. All you’ll need is your toddler pool and a small length of garden hose. 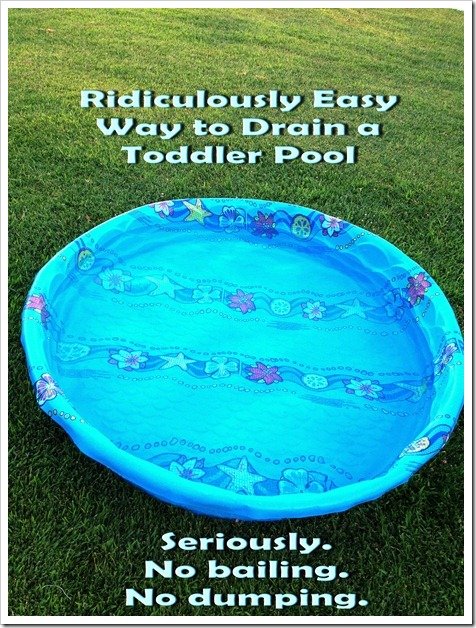 Step 1: Drop your hose into the water and let it sink. I’ve tried other ways of getting the air out…swirling it around, etc. But just letting it sink (and making sure there’s no floating part to indicate there is air in that section) works better than anything else. You want ZERO air in the hose. 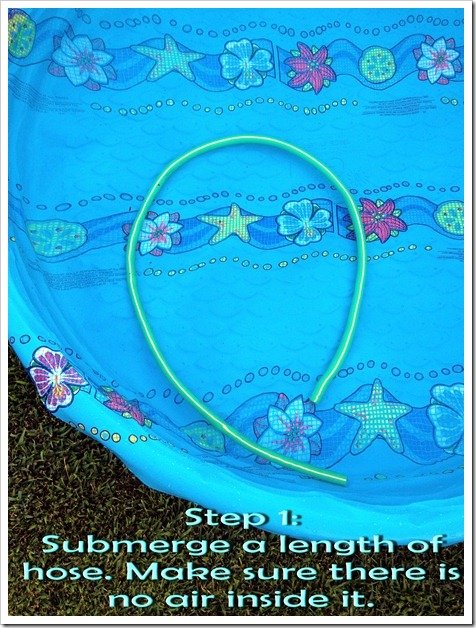 Step 2: keep the whole hose underwater, and tightly plug one end with your thumb. My thumb pad borders on being too small for this. You can also plug it with the meaty part of your palm if you want. Just make sure to get a tight seal. 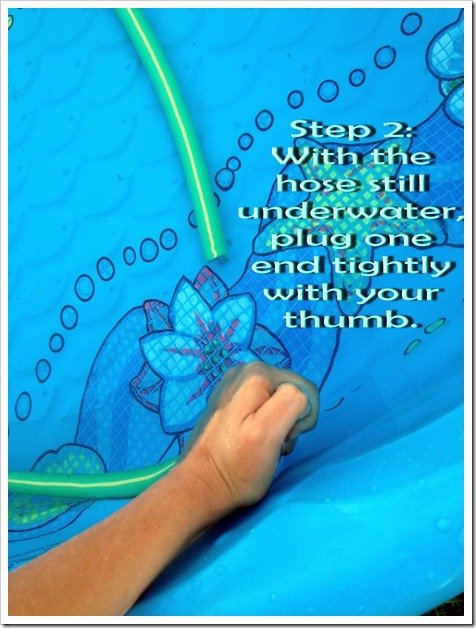 Step 3: Don’t let go of the hose, and don’t let the opposite end pop out of the water, otherwise you’ll have to start all over. But bring your plugged end of the hose outside of the pool, and lower it to below the water level. 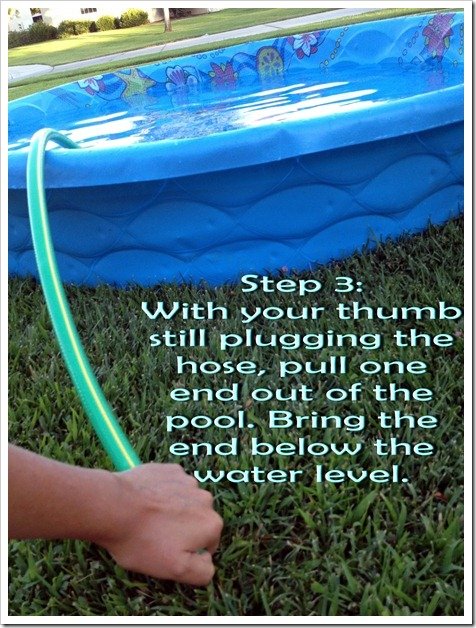 Step 4: Unplug the end of the hose. The pressure of the air on the whole surface of the pool will force the water to exit through the hose. Science is fun! Now you can adjust the hose a little if you want (making sure to keep the free end below water level, and the other end underwater at all times) so that the pool end is in the deepest part of the pool. Imagine a giant is drinking from the hose like a straw… you want him to be able to get as much water as possible! 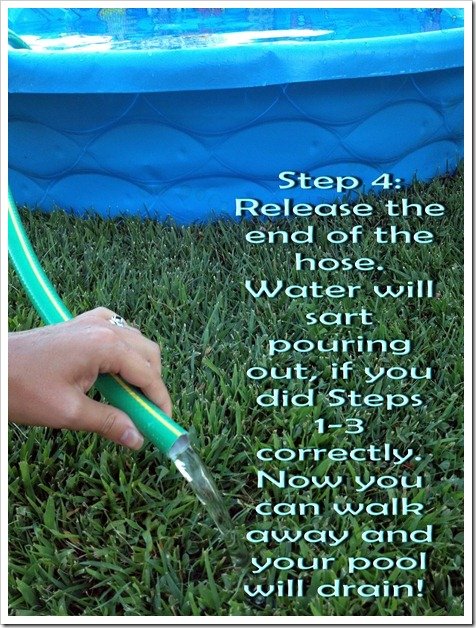 Come back a while later and your pool will have only a tiny bit of water in the bottom. Super easy to tip out!

Be sure to pin it for next summer! You won’t want to forget this tip.