After two nights in Flagstaff, we loaded up a cart with our overnight things and all of our clean laundry, and packed up the cars again.

We headed to Winslow, just a short drive from Flagstaff, to see the Meteor Crater – the world's best-preserved meteorite crater. 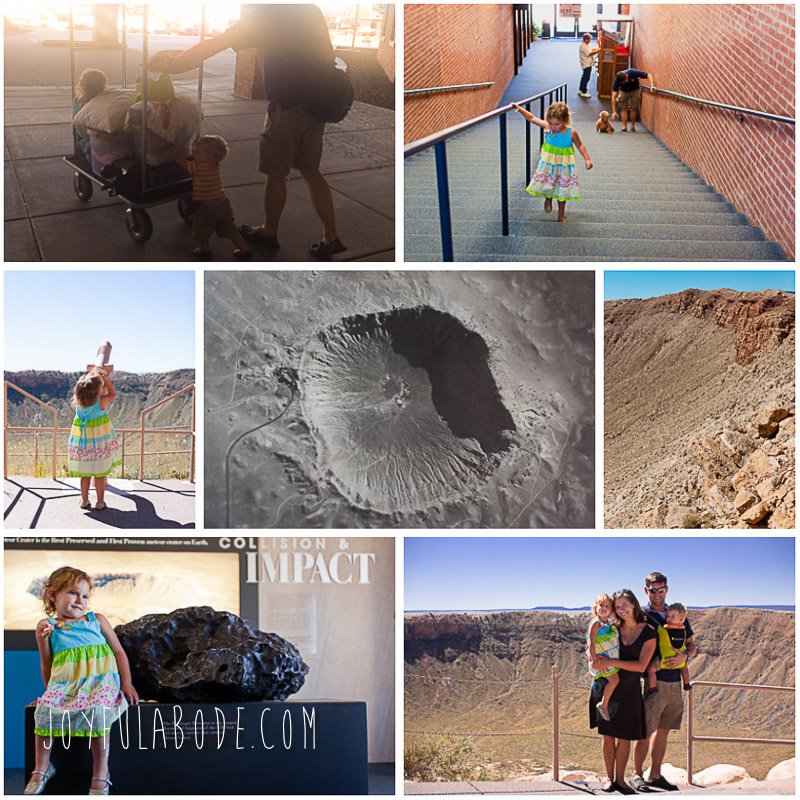 There's a theater which shows a short movie every half hour, but we didn't watch it because “big movies” are semi-traumatic for our three year old. I found it on YouTube later though:

I thought we would be able to walk around the rim of the crater more, and a lady who was also walking the short paths to the outlooks said people used to be able to. Maybe someone got hurt or something though, because now they have clearly marked and railed-off areas, and no one is allowed beyond them. 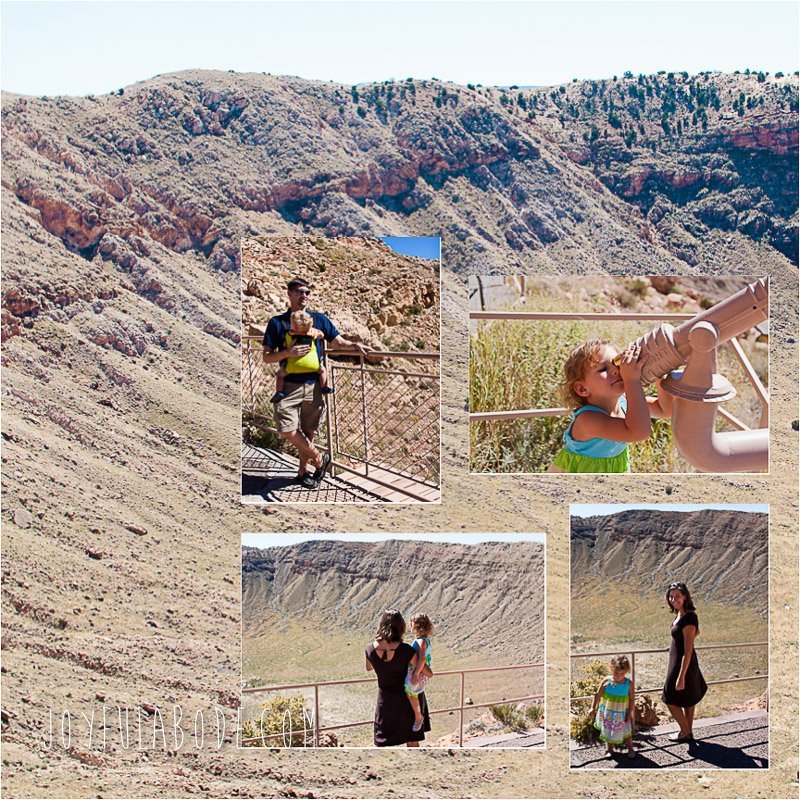 It's crazy how gigantic and deep the crater is, and to think that it happened ALLOFASUDDEN. 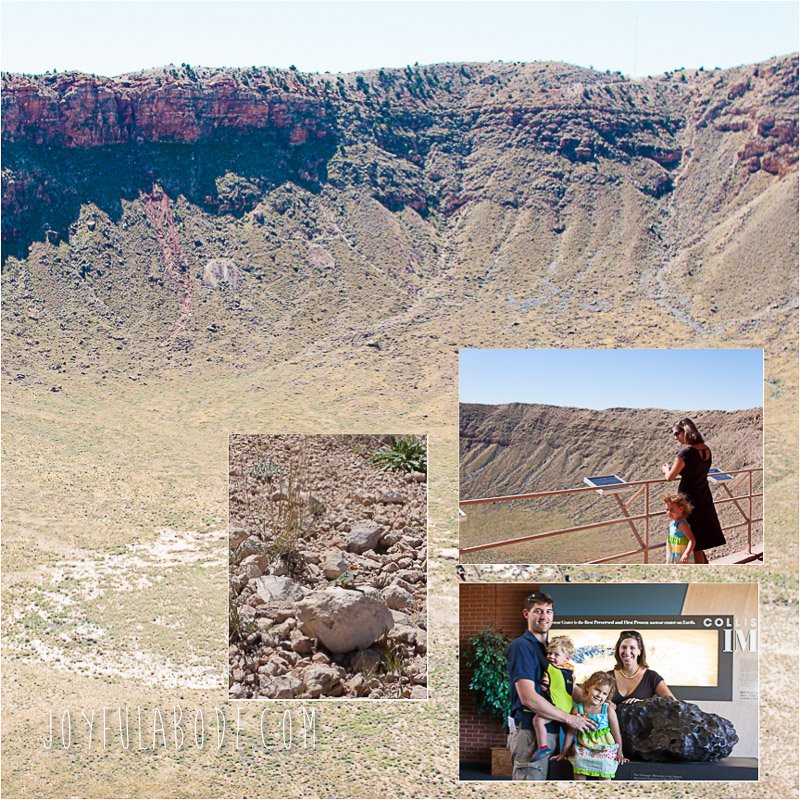 The museum (is it a museum? the building) itself was clearly recently updated, and the parking lot had just been paved. So even though the cheesy website and all of the signs and billboards leading to the site scream 1980s kitsch, it's really a well-maintained landmark. The guides are enthusiastic and knowledgeable about the history of the crater and the research that has been done and continues to be done!

Definitely a great place to visit, with or without kids. 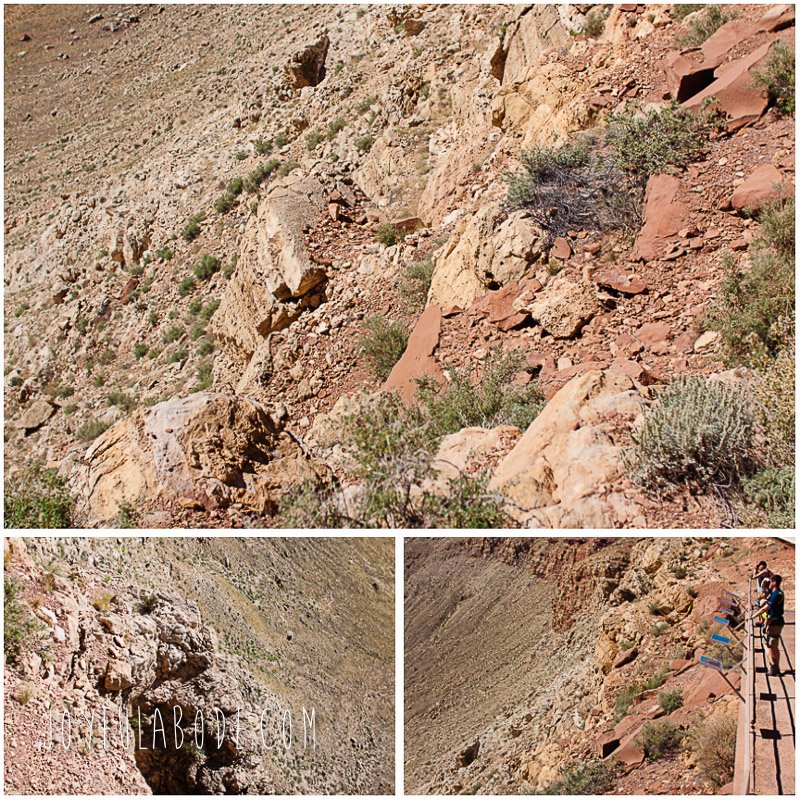 After our Meteor Crater visit, we drove a pretty long leg… I couldn't help but take a few pictures on the road. Don't worry…. I'm pretty adept at the one-handed not-looking iPhone photo-taking. It takes about as much brain power and eyesight as changing the radio station. 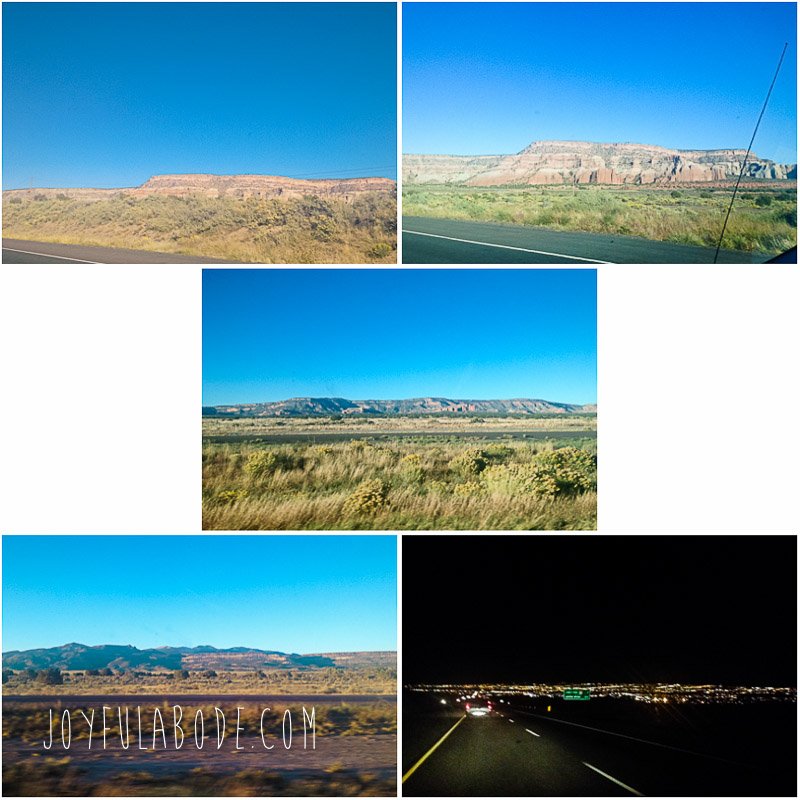 Exciting things are coming up for us on our trip tomorrow! I'm so excited to be able to see SO many cool things with my family during this move!