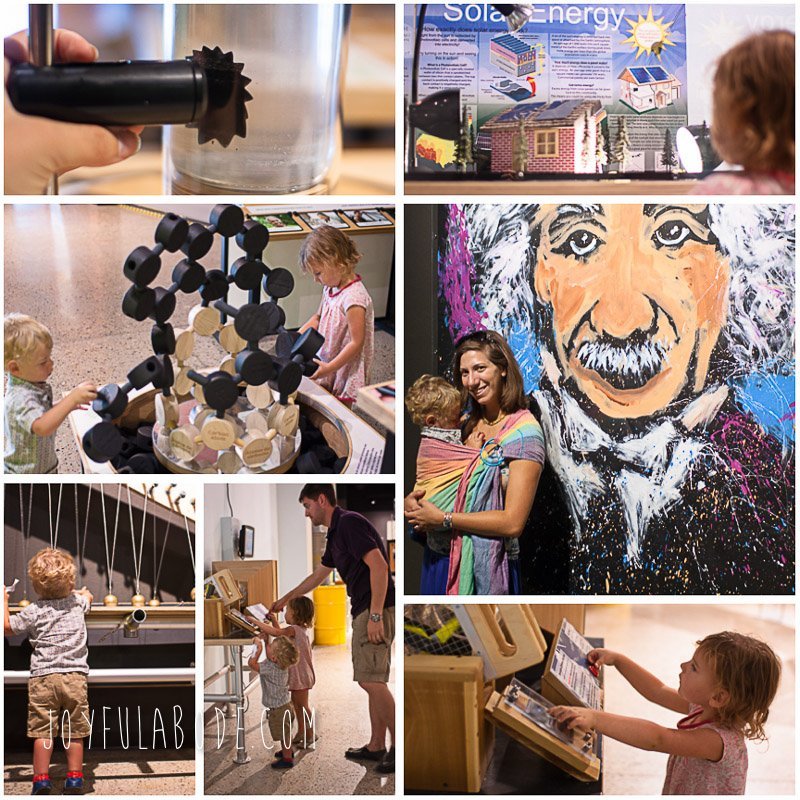 There were so many hands-on displays, too! We got to build a giant carbon model, test different rotors in a tiny wind tunnel, play with liquid iron and magnets, fold and test paper airplanes (they have mechanical paper airplane launchers that are so cool!), make patterns with pattern blocks, and so many other things!

Maybe I’m just a giant kid, but I always feel like the hands-on displays are the best part of museums. 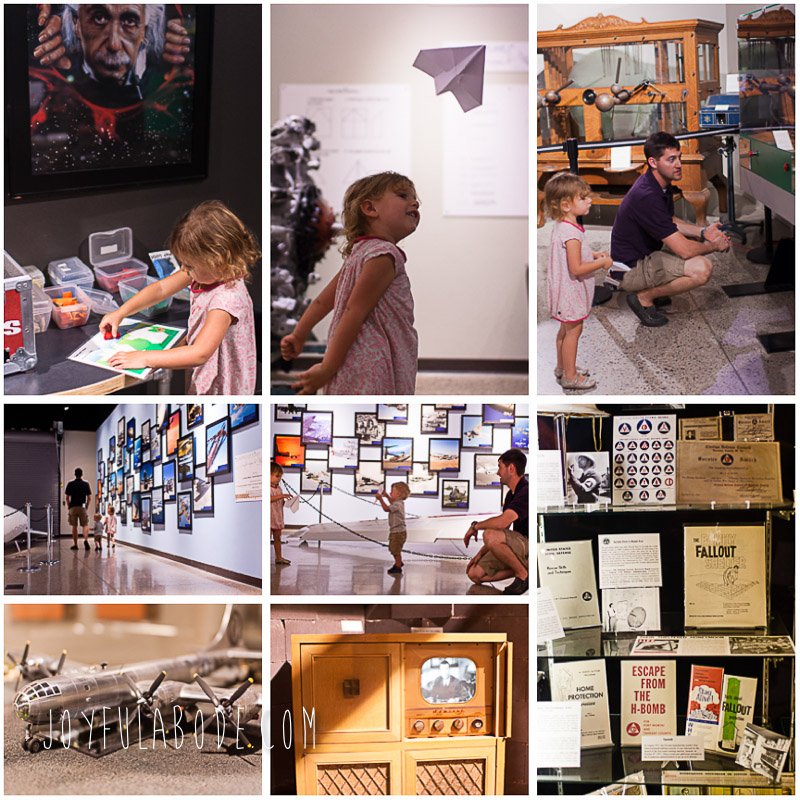 After we experienced all the museum had to offer, we went across the street to a kind of epic playground and had a picnic lunch. Then, Anneliese played intensely, for a long time, surrounded by tons of elementary school kids (it was a half day of school in Albuquerque). She had SO much fun. No pictures though. I was sneaking around, making sure she was okay while trying to not let her know I was watching. She did so amazingly, and tried some things she had never done before (like the wobbly bridge thingy).

Joseph was too tired to play, really, but he did run around aimlessly for a while.

Then we hit the road again!