After going to a mechanic to get a ding in my windshield epoxied (a rock hit me on the highway, and the dent had little legs that could have spread into huge cracks over time!) and going to the UFO museum, we hit the road again. 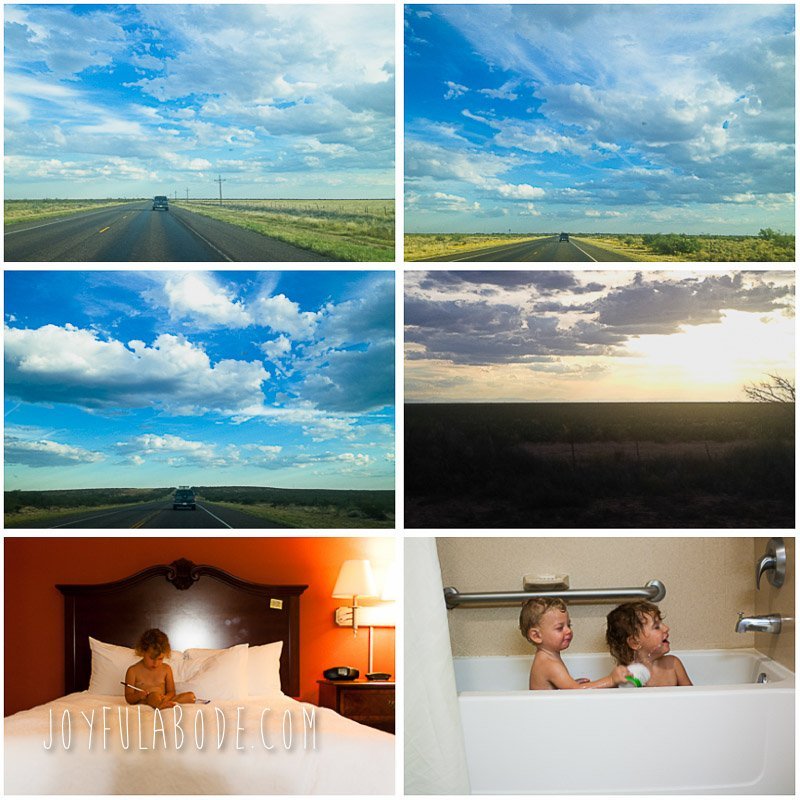 We arrived in Fort Stockton, hungry as usual upon the completion of a day’s travel, and  searched for a place to eat. There are very few restaurants in Fort Stockton, but one had MANY awesome reviews. There were a few terribly negative ones for the same place though, but few enough options that we thought we’d check it out.

After just stepping into the restaurant and smelling the stench of old oil (which one reviewer warned about), we left. We went across the street to the Subway instead and I got salads for everyone, which we dressed with our own extra virgin olive oil. Much better!

Every time we check into a new hotel, Anneliese immediately finds the note pad and pen and sets to work drawing or “writing,” focused as if it’s her job. And the only bath toys the kids need are the cups provided by the hotel. 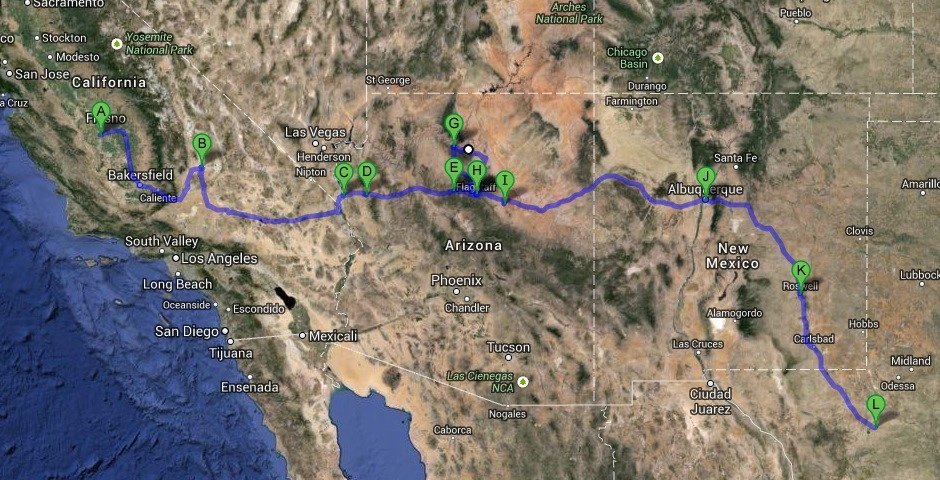