We went into San Antonio to visit the Riverwalk, and happened upon Artpace's Chalk it Up event designed to bring visual art to the masses (and get families to participate in making it). We contributed regular sidewalk chalk doodles, but several larger groups had areas sectioned off that they were doing some hardcore art with. It was really cool to see so many people just having fun together, and to be a part of it. 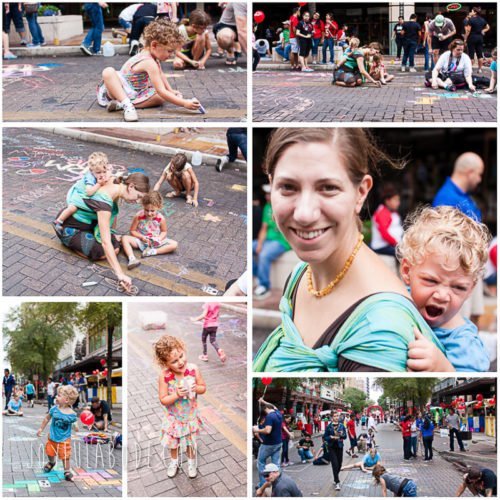 Joseph was a bit tired, but he ran around a bunch before asking to be up again. He liked holding the chalk, but didn't do much drawing. Once we decided to move on, we headed to the Riverwalk to do some strolling and find a boat tour. 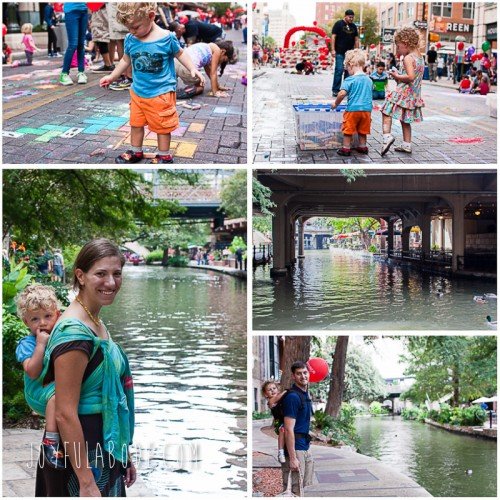 We hopped onto a boat, and Joseph immediately wanted to nurse. Our tour guide was knowledgeable about all of the buildings, history, planning, and architecture of the Riverwalk, but I found it hard to keep up with his fast pace. So I mostly looked around and just enjoyed the prettiness. Anneliese did really well until she accidentally let go of her Artpace balloon, which made her pretty sad.

But after the tour was over, we convinced her that she chose to let it go, and that it was exciting to see it go up, up, up! So her memory of the letting-go changed and she began chatting happily about saying goodbye to her balloon. This is the kind of parental lying I can get behind. 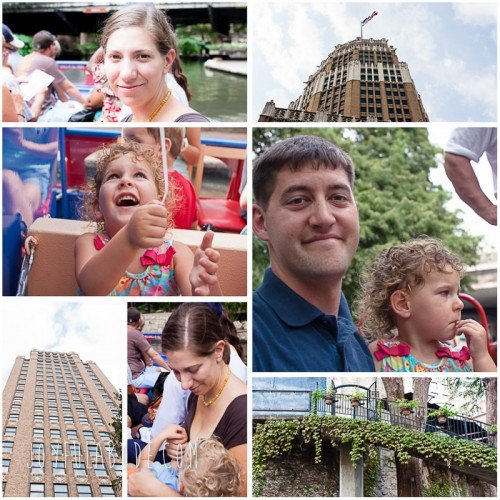 We were all getting hungry and the kids probably wouldn't make it very far in the car before falling asleep, so we stopped at the first non-Mexican restaurant we saw, which was the Rainforest Cafe. To put it bluntly, we would not return.

My sister told me that the Rainforest Cafe that she's been to with her family (near Disney) is awesome and fun. But this one was far too loud – we had to shout to have a conversation with each other – dark, and completely overstimulating for all of us. TWO ladies came by to take a photo of us, which we could later buy in the gift shop (for, I'm sure, an exorbitant amount of money). Our food took a long time to arrive, was mediocre, and was overpriced, and the waiter had to go back several times for things we had already asked for. Oh, well. Now we know. 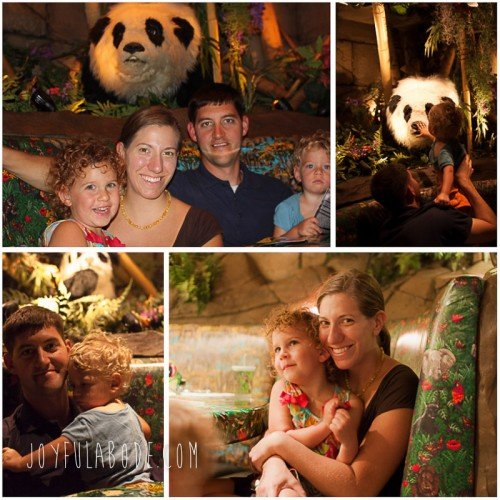 Disappointing lunch aside, it was an awesome day. We had a lot of fun, and the Artpace event was a huge bonus.