For months, I’ve been telling Anneliese that there are whales and dolphins in San Antonio, Texas, and that we would get to see them during our trip. So we finally took advantage of those free Sea World tickets (thank you, Waves of Honor!) and spent a day at the theme park. 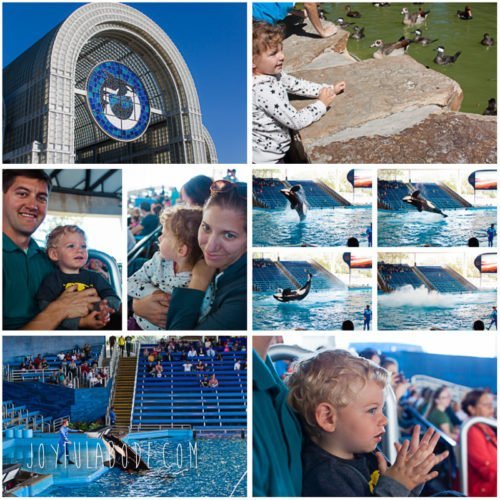 A week later, Anneliese is still talking about the beluga whales, and she made a really cool drawing inspired by the person dressed as a bird (photo below).

We saw the Azul show and the One Ocean show, and I had planned for us to see one of the shows they have right now with dogs and cats and stuff (twitter people told me it was really entertaining), but once Anneliese discovered the rides, that was it. 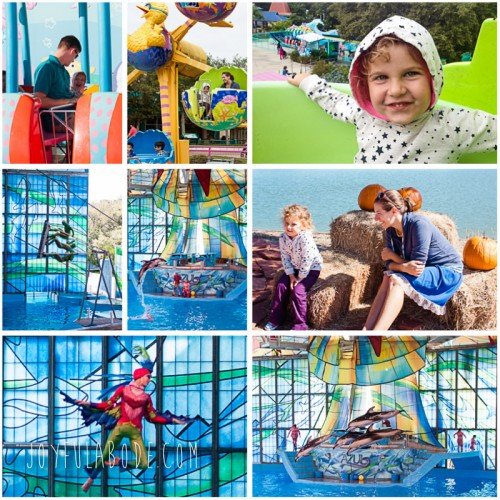 Anneliese and I went on the little kid ferris wheel together, then on the rocking spinning fish boat thing. Then the Guy and I switched kids and he took Anneliese on the carousel while I wore Joseph.

At that point, the third show I hoped to see was about to start, so we gave Anneliese the option of seeing more animals in a show, touching and feeding some animals (we hadn’t visited any of the animal interaction areas yet), or doing one more ride. We really needed to get back so everyone could eat and rest. The kids had done great with everything so far, but couldn’t stay awake forever. Anneliese chose one more ride, and rode the rocking spinning fish boat thing with her dad before we left the park. 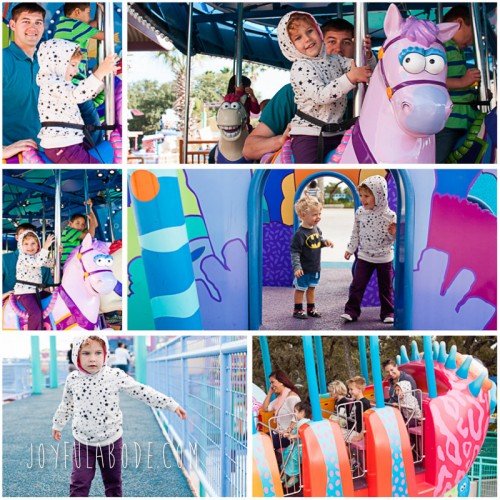 We had such a fun day, but I don’t think we even got to see half of what Sea World had to offer! Anneliese has already asked to go back, and I told her we will probably be able to go when she is four years old (since military members get free admission once a year), and she was okay with that.