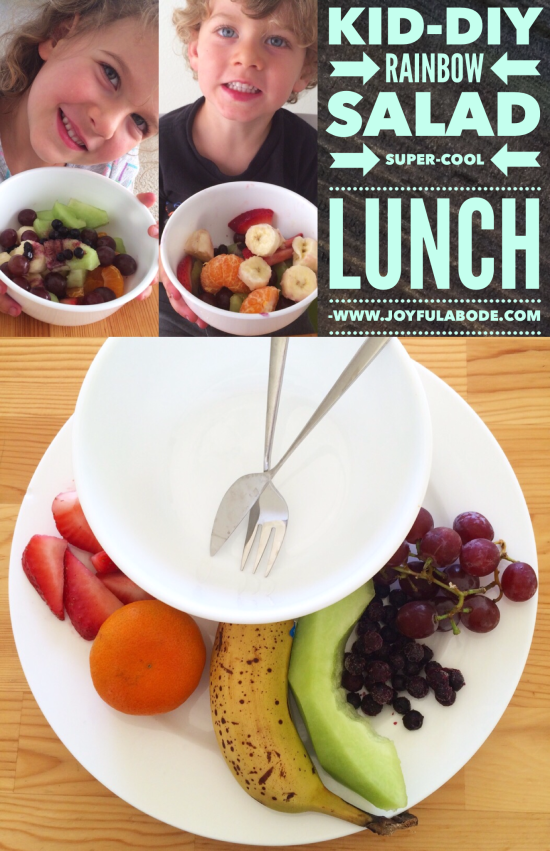 Do you ever watch Signing Time with your kids?

It’s an awesome show which features Alex and Leah, who help you learn sign language along with Rachel, who is Leah’s mom.

My kids LOVE it.

I taught them signs for basic things when they were babies, and both of them used sign language to communicate well before they could speak. It was SO helpful for them to be able to sign, “book,” “milk,” “water,” “eat,” “banana,” and tons of other signs to let me know exactly what they wanted. I feel like we would’ve had a lot more frustration and tantrums without sign language in that stage.

Of course, once they could speak, sign language was more of a novelty than anything else, and they stopped using it.

Now that we “got” another family member this summer, we’re all brushing up on our basics again! The kids are really enjoying watching a bit of Signing Time as a refresher course.

…about preparing a fruit salad with all of the colors of the rainbow. My kids really enjoy anything that lets them help out with food preparation, and they instantly began asking if they could make Rainbow Salad too.

Always happy to indulge their enthusiasm for independence (especially when it comes to fun & healthy foods), I wrote it in our list of things to do. We didn’t have enough rainbowy ingredients on hand to make it immediately.

So one week, without telling them, I made sure to pick up ingredients in every color. Fruit-only ingredients, because my daughter informed me that there were NO vegetables in this salad. “ONLY FRUITS,” she stressed.

What we used for our Kid-DIY Super-Cool Rainbow Salad:
(Alternatives in parentheses)

I gave each child a large plate filled with a bit of each color fruit, a bowl, a small fork and a kid-sized knife.

Then, they each made their own fruit salad!

Somehow, their fruit salads ended up looking totally different from each other, even with the same ingredients. But they were both so proud of being able to make them all by themselves, and gobbled their fruit happily – a wonderfully healthy and delicious lunch!